IU Expert: Killings of Michael Brown and Others Across the Country Show Need for Systematic Change in Policing 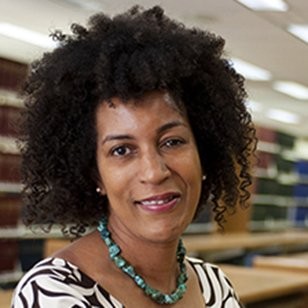 Michael Brown’s killing in Ferguson, Mo. -- along with similar killings of four other black men by police throughout the United States during the past month -- indicates that systematic change in policing is long overdue, according to Jeannine Bell, an IU Maurer School of Law expert on police behavior and hate crimes.

“Although the circumstances of these tragic killings are all slightly different, they have one thing in common,” said Bell, professor of law and the Louis F. Niezer Faculty Fellow. “These men were killed because the police saw them as dangerous suspects, even though emerging witness accounts suggest that several of the individuals killed did not pose a serious bodily threat to the officers who responded with deadly force.”

Bell said that despite years of consent decrees and other legal mechanisms, police killings of unarmed black citizens will continue until the culture of law enforcement fundamentally changes. “The best way to change the culture is get police officers to see blacks not just as suspects, but also as crime victims.”

In her book "Policing Hatred: Law Enforcement, Civil Rights, and Hate Crime," Bell had unprecedented access to a police hate crimes unit, which enabled her to explore the impact of a victim's identity on each officer’s handling of bias crimes. “My field research shows police can develop sensitivity toward African Americans in general while still enforcing the law, provided they are afforded the opportunity to interact with blacks as the victims of crime.”

A nationally recognized expert on hate crime, Bell has written extensively on policing and criminal justice issues. She is available to comment on these matters and can be reached at 812-856-5013 or [email protected].