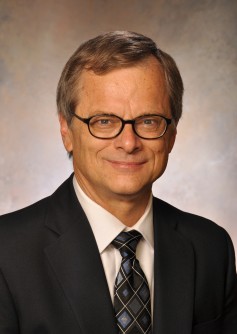 John Maunsell, PhD, inaugural director of the Grossman Institute for Neuroscience, Quantitative Biology and Human Behavior at the University of Chicago

Newswise — John Maunsell, PhD, a pioneering researcher in the neuroscience of vision and editor-in-chief of the prestigious Journal of Neuroscience, has been appointed inaugural director of the Grossman Institute for Neuroscience, Quantitative Biology and Human Behavior at the University of Chicago. He assumes full-time responsibilities July 1.

The Grossman Institute represents an ambitious, cross-disciplinary approach toward understanding the brain and human behavior. The Institute seeks to foster collaborations and facilitate novel exchanges of ideas between scientists from across the University of Chicago’s diverse research strengths—including programs in human genetics and evolution, biological and social neuroscience, psychology and sociology, mathematics and economics. It will harness the close integration of research, education and patient care at the University’s nationally ranked academic medical center and its partnerships with affiliated National Laboratories and the Marine Biological Laboratory in Woods Hole, Mass.

“With John’s vision, leadership and rigorous training as a quantitative neuroscientist and the University’s longstanding expertise in fields such as evolutionary genomics, quantitative biology and economics, I am confident that the Grossman Institute will meet the challenge of understanding the complex biological, environmental and social substrates of the brain and behavior," said Kenneth Polonsky, dean of the Biological Sciences Division and the Pritzker School of Medicine and executive vice president for medical affairs at the University of Chicago.

Neuroscience appears to be at an important nexus, a fact reflected by efforts such as President Obama’s BRAIN Initiative, a national research endeavor that aims to revolutionize understanding of the human brain and how it works. To achieve this goal, collaborative efforts that bring together researchers with diverse backgrounds and expertise are more essential than ever.

“There is not an aspect of human life that a better understanding of the brain will not touch – treatments for diseases such as Alzheimer’s and depression, how the neuroscience of decision making affects economics, better understanding of emotion and suffering, better visual and pattern recognition systems, perhaps one day truly intelligent devices,” Maunsell said. “The payoffs will come in time, and they will be enormous. It may take decades, but there is no question about the returns on this kind of investment.”

Maunsell joins the University of Chicago from Harvard Medical School, where he held the Alice and Rodman W. Moorhead III Professorship in Neurobiology. Maunsell has made fundamental contributions toward understanding the neurobiological mechanisms of vision and perception. Known for elegant, rigorous and technically demanding physiological experiments, he recently has focused on understanding how behavioral and cognitive factors, such as attention and learning, influence the way neurons process information in the visual circuits of the brain.

Since 2007, Maunsell has served as editor-in-chief of The Journal of Neuroscience, one of the top peer-reviewed journals in its field and primary publication of the Society for Neuroscience, the largest neuroscientist organization in the world. Maunsell brings to the University of Chicago an intimate knowledge of the people, projects and landscape of the international neuroscience research community.

Maunsell’s honors include election to the American Association for the Advancement of Science, American Academy of Arts and Sciences and appointment as a Howard Hughes Medical Institute investigator. Previous to Harvard, he served on the faculty of the Baylor College of Medicine and the University of Rochester. Maunsell holds a PhD from the California Institute of Technology and was a postdoctoral fellow at the Massachusetts Institute of Technology.