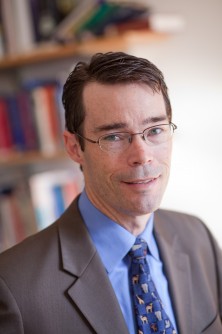 Gun policy expert and researcher Daniel Webster, ScD, director of the Johns Hopkins Center for Gun Policy and Research at the Johns Hopkins Bloomberg School of Public Health, is available to comment on the public health impact of policies that allow civilians to bring guns onto college campuses. Webster is lead author of a report, Firearms on College Campuses: Research Evidence and Policy Implications, which concludes that campus carry laws are unlikely to deter rampage shooters and may in fact lead to more injuries and deaths.

Eight states now have laws that, generally, allow individuals who can legally carry guns elsewhere to bring guns onto college campuses In recent weeks, at least four state legislatures have introduced laws that would allow students, staff and faculty to carry guns on campus with a permit, including Arkansas, Florida, South Carolina and Wyoming. Other states – including Kansas, Maryland and Texas- are considering bills aimed at exempting state Universities and colleges from these laws or prohibiting guns on public campuses.

The report, published last fall, examined gun violence on campuses in recent years. Of 85 shootings or "undesirable discharges of firearms" on colleges from 2013 to June 2015, only two percent involved rampage shooters. Much more common were interpersonal arguments that turned into gun violence (45 percent), premeditated attacks on a single person (12 percent), suicides or murder/suicides (12 percent), or unintentional discharges (9 percent). The report was written with collaborators from Stanford University and the University of Massachusetts, Boston.

The researchers summarized research on the civilian use of guns, the impact of right-to-carry (RTC) laws on violent crime and mass shootings, patterns in public mass shootings, and relevant factors related to the college campus environment to determine the potential benefits and risks of allowing civilian gun carrying on college campuses.

Webster is one of the nation’s leading experts on firearm policy and the prevention of gun violence. He is co-editor of Reducing Gun Violence in America: Informing Policy with Evidence and Analysis (JHU Press, 2013) He has published numerous articles on firearm policy, youth gun acquisition and carrying, the prevention of gun violence, intimate partner violence, and adolescent violence prevention.

Webster is quoted regularly in leading U.S. media outlets, including the New York Times, the Wall Street Journal and CNN.com, among others. In addition to Webster, colleagues at the Center for Gun Public and Research are available for media interviews on campus carry and other gun policy issues.