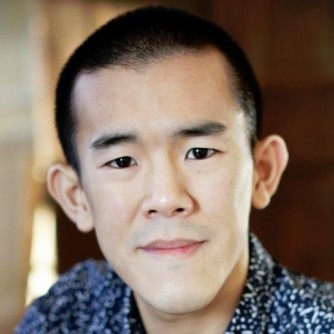 Newswise — The Waksman Foundation for Microbiology has announced that journalist Edmund Soon-Weng Yong has been awarded the 2016 Byron H. Waksman Award for Excellence in the Public Communication of Life Sciences.

Yong was selected for his excellence in science writing, which includes his popular blog, Not Exactly Rocket Science, his work with national publications such as The Atlantic, and his first book, I Contain Multitudes, which focuses on microbiology. Yong’s book was released on August 9.

The British-born Yong’s writing has been praised for making complex science accessible to the public. Yong has received numerous awards for this writing, including the Stephen White Award from the National Union of Journalists and the Best Science Blog Award from the Association of British Science Writers. Along with maintaining his blog, Yong is a science reporter for The Atlantic and his writing has appeared in The New Yorker, Wired, the New York Times, Nature and more.

Based in Swarthmore College’s Department of Biology, the Waksman Foundation for Microbiology is a private, charitable organization, established in 1951 by Selman Waksman. Its purpose is to “promote, encourage, and aid scientific research in microbiology; to provide and assist in providing the funds and facilities by which scientific discoveries, inventions, and processes in microbiology may be developed...all to the end that the science of microbiology shall progress in the service of mankind.”

The award, given annually since 2008, is named for Byron Waksman (SwarthmoreClass of 1940) to honor of his accomplishments in the field of public communication of science. Nominations are made by science journalists taking part in the Marine Biological Laboratory’s Science Journalism Program in Woods Hole, Mass.

Previous winners of the BHW Award include:

2014 – Angela Posada-Swafford, for her series of bilingual science books for children.

2013 – Maryn McKenna, journalist and author of the book Superbug.

2012 - Carl Zimmer, author of several books and articles about science.

2011 - Dr. David Suzuki, host of the popular and long-running CBC Television science magazine, The Nature of Things, seen in syndication in over 40 nations.

2010 - Moselio Schaechter, a former Trustee of the Foundation, for his award-winning blog titled Small Things Considered, his textbook Microbe, as well as a book, In the Company of Mushrooms.