Knee-Jerk Disgust Is Holding Humans Back 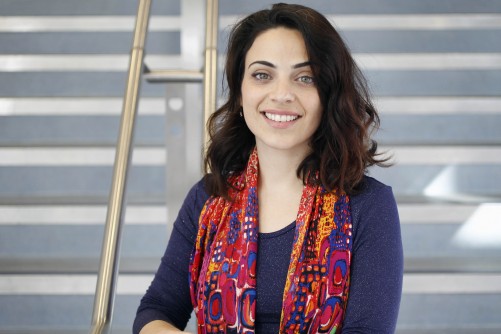 Dr Diana Fleischman: Repugnance has had its day

Dr Diana Fleischman: Repugnance has had its day

Newswise — Feeling revolted by something unpleasant or offensive is holding back humanity, according to a scientist.

Disgust is often a knee-jerk response to the new or alien, according to Dr Diana Fleischman, a comparative and evolutionary psychologist at the University of Portsmouth.

The emotion is thought to have evolved to help prevent disease, but it’s being used instead to discriminate against people and things which pose no danger, holding us back in social and evolutionary terms, she argues.

She said: “Humans use disgust to protect the status quo, and it has become a default response to anything alien or strange, including new technologies, especially those which involve food or altering nature or the human body.

“Disgust prevents us from embracing many new technologies that could make the world better.”

She cites, as an example, revulsion at genetically modified foods.

“By describing golden rice – rice enriched with vitamin A – as ‘frankenfood’ and therefore disgusting is an example of emotional propaganda being used to stop an attempt to help save the lives of hundreds of thousands of children.”

Another example of disgust being misappropriated is a reluctance to be on an organ donor list, she said.

Disgust is a relatively new emotion at only hundreds of thousands of years old, compared to anger and fear, for example, which are thought to be millions of years old.

She said: “Disgust is a promiscuous emotion, because it is relatively new. New adaptations tend to be less well-honed than old ones and so are applied to more problems.

“Children don’t consistently recognise the disgust facial expression or use the word ‘disgusting’ appropriately, and they don’t recognise contagion, the idea that disease can be passed on to you, until the ripe old age of nine.

“They have taste aversions, but it’s been shown small children are happy to eat an exact replica of poop if their parents nod approvingly.

“Because it is such a new emotion and because it makes people feel a strong aversion towards something, it has been co-opted to distinguish your group from other groups, to, in effect, morally police others.

“I’m arguing that we shouldn't always trust our emotions.”

Scientists are confident disgust is a relatively new emotion because it is not seen in other primates and it doesn’t appear in humans until relatively late.

Dr Fleischman said: “We should evaluate policies, technology and all possible advances to our world by how much they can help society. Disgust is no longer a useful guide to what is good and socially acceptable.”

Repugnance had become the go-to response for a wide range of prejudices, revealing a conditioned response and a failure to think rationally.

“Racists express disgust at those of the ‘wrong’ race; homophobes use disgust to express their disapproval of homosexuality; liberals are disgusted by inequality,” she said.

“None of these common uses of the emotion serves us to survive and prosper in modern times.

“In evolutionary terms, repugnance has had its day.”Experts haven’t agreed on the definitive list of emotions humans, but they are thought to include love, fear, sadness, anger, pride, joy, envy and disgust. All except disgust are also seen in our primate cousins.

Dr Fleischman presented her research at Congreso Futuro, in Chile, and at the Adam Smith Institute, in London.

CAPTION: Dr Diana Fleischman: Repugnance has had its day