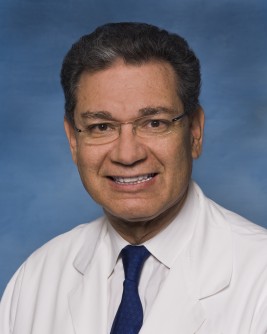 Newswise — HOUSTON—(Oct. 4, 2012)—Research shows that managing and treating vascular disease risk factors are not only beneficial to preventing heart disease and stroke, but also common forms of dementia.

Dr. Gustavo C. Roman, director of the Nantz National Alzheimer Center at the Methodist Neurological Institute in Houston, summed up decades of dementia-related research in a review paper in Alzheimer’s Disease and Associated Disorders. Roman said although more definitive research is needed, focusing on the following risk factors can go a long way to helping reduce the risk of vascular dementia and mixed dementia (the combination of vascular dementia and Alzheimer’s disease). By 2050, 11 to 16 million Americans will suffer some form of dementia.

Hypertension: Controlling blood pressure reduces the risk of stroke and heart disease. Studies are also beginning to show that hypertension increases the likelihood that people with mild cognitive impairment will eventually have dementia later in life.

Smoking: Not only is smoking associated with increased risk of lung cancer, cardiovascular disease and emphysema, but it also adversely affects blood flow to the brain which can lead to cognitive decline and dementia.

Hyperhomocysteinemia: Homocysteine is an amino acid in the blood, and high blood levels are linked to an increased risk of developing Alzheimer disease. People who already exhibit signs of dementia and test positive for high levels of homocysteine are more likely to respond well to large doses of B vitamins. Research has proven that taking large doses of B-complex vitamins can reduce the rate of brain shrinkage by half in elderly people with memory problems and slow the progression of dementia.

The ADAD article is currently online.