A new Houston Methodist study shows a rapid return of seasonal respiratory viruses after COVID-19 restrictions were relaxed in Texas, demonstrating the apparent effectiveness of masking, distancing and other precautionary measures at stopping the...
4-Jun-2021 5:55 PM EDT Add to Favorites

Results were released this week on a new treatment with the potential to improve the outcomes for patients with hereditary BRCA mutations and high-risk, early-stage breast cancer. These results represent the first time a drug that blocks cancer...
4-Jun-2021 10:35 AM EDT Add to Favorites

Houston Methodist announced today, in partnership with the U.S. Department of Health and Human Services (HHS), that it has expanded access to COVID-19 monoclonal antibody therapy (mAb) in the Greater Houston area. The promising treatment has been...
27-May-2021 11:20 AM EDT Add to Favorites

Among the nation’s largest providers of monoclonal antibodies for Covid-19, Houston Methodist has infused nearly 4,000 patients. The hospital system was able to quickly ramp up its program by leveraging numerous resources through...
1-Apr-2021 2:45 PM EDT Add to Favorites

Houston Methodist has sequenced more than 20,000 of Houston’s coronavirus genomes since the start of the pandemic and leads the SARS-CoV-2 genome sequencing efforts in the U.S. In the most recent batches of genomes, the U.K., South Africa, Brazil,...
2-Mar-2021 3:05 PM EST Add to Favorites

A new Houston Methodist study found males are more likely to test positive for COVID-19, have complications and die from the virus than females, independent of age. The peer-reviewed observational study appears in PLOS ONE, a multidisciplinary...
15-Jan-2021 8:20 AM EST Add to Favorites

Diego Martin, M.D., Ph.D., has joined Houston Methodist Hospital as Chair of the Department of Radiology.
2-Dec-2020 10:35 AM EST Add to Favorites

A silver lining is emerging amid the COVID-19 pandemic. Influenza numbers are way down – 98 percent down, according to the CDC. Locally, during flu season last year, Houston Methodist’s system of eight hospitals saw 250 to 450 flu cases per...
2-Feb-2021 2:30 PM EST 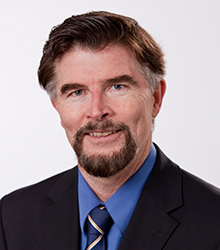 Messenger RNA – the Therapy of the Future

Necessity being the mother of invention, Houston Methodist clinicians, researchers and staff have collaborated on a number of clinical device and research innovations in response to COVID-19. Houston Methodist Academic Institute leadership has...
29-Apr-2020 12:10 PM EDT

Youtube feed not yet configured. Is this your Newswise member page? Contact member@newswise.com to configure this module.

U.S. News & World Report has named Houston Methodist Hospital the No. 1 hospital in Texas and among the top 20 hospitals in the nation. Houston Methodist's reputation for outstanding care, treatments and research attracts patients from Texas, the nation and around the world.

Our teams of surgeons, physicians, researchers and other experts collaborate to solve medicine’s biggest challenges and turn discoveries into new therapies and treatments. Our drive for innovation is rooted in the legacy created by world-renowned cardiac surgeon Dr. Michael E. DeBakey. He performed the first coronary artery bypass surgery in Texas, and pioneered surgical advances, which have become universal practices.

These days, Houston Methodist not only is well established as a leader in heart and vascular treatments, research and education based on DeBakey’s achievements and reputation, but also is known for spearheading breakthroughs in organ transplantation, orthopedics, cancer treatment and neurology and neuroscience.