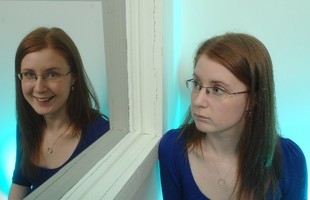 Newswise — In making a public appeal for the safe return of his missing wife, Michael White broke down in tears and sobbed.

"My wife is a good person, never hurts anybody. If she's out there and you see me or you see this, just stay out there and we'll find you,' said the tearful husband, sitting on the sofa in his living room in Edmonton after his pregnant wife Liana White disappeared in July 2005. Canadians watching his plea couldn't help but be moved by the plight of the distressed man.

Three days later, flashes of anger broke through his sadness when talking with reporters. He said he was so frustrated with the police investigation that he was going to go and find his wife himself. He led volunteer searchers directly to her body in a ditch on the outskirts of the city, and was immediately arrested by police.

He'd been lying all along. Michael White was charged and convicted with second-degree murder and committing an indignity to a dead body.

How can we tell who's lying, who's not? New research out of Stephen Porter's Forensic Psychology Lab at Dalhousie University determines the face will betray the deceiver's true emotion, but not in the stereotypical ways we think. It's not the shifty eyes or sweaty brow or an elongated nose (Ã  la Pinocchio) the lie detector should look for. Instead, other elements of a liar's face will give them away " "cracking" briefly and allowing displays of true emotion to leak on to the face. In fact, when Porter and his team analyzed White's plea frame by frame, they found hints of anger and disgust in his face, not noticed by most of the supportive public.

"The face and its musculature are so complex—so much more complex than anywhere else in our external bodies," says Leanne ten Brinke, a graduate student in experimental psychology who collaborated on the new research. "There are some muscles in the face you can't control "¦ and those muscles won't be activated in the absence of genuine emotion—you just can't do it."

Adds Dr. Porter: "If someone is telling a really important lie in which the consequences are dire, say life imprisonment, the lie will be revealed anyway. Because unlike body language, you can't monitor or completely control what's going on your face. This research was the first detailed experimental demonstration of the secrets revealed when people put on a "false face," faking or inhibiting various universal emotions."

An article based on their research, "Reading between the Lies: Identifying Concealed and Falsified Emotions in Universal Facial Expressions," appears in the May issue of Psychological Science. The research is the first comprehensive study of the secrets revealed by the human face for four of the universal emotions: happiness, sadness, disgust, and fear. They also tested a hypothesis originating with Charles Darwin in 1872—that there are certain specific facial actions that cannot be created just because we want them to. As well, facial actions may be involuntarily expressed in the presence of a genuine emotion. In The Expression of the Emotions in Man and Animals, Darwin noted: "A man when moderately angry, or even when enraged, may command the movements of his body, but "¦ those muscles of the face which are least obedient to the will, will sometimes alone betray a slight and passing emotion."

In conducting the research, Dr. Porter and Ms. ten Brinke enlisted adult participants to view images that ranged from happy (puppies playing) to fearful (a close-up of open-mouthed rabid dog) and disgusting (a severed hand) and were instructed to respond with genuine or deceptive emotional expressions. (For example, they'd be directed to smile when viewing the severed-hand photo.) Their reactions were watched and judged by other volunteer observers, who could not see the corresponding images, and recorded on video. The 697 emotion clips were exhaustively analyzed frame by frame for more than 100,000 frames.

The results were that no one participant was able to falsify emotions perfectly. Odd or out-of-place expressions—such as smirking or rapid blinking in a supposedly sad face—were more likely to show up when the participant was attempting to be deceptive. Some emotions were harder to falsify than others: happiness is easier to fake than disgust or fear.

The researchers were able to discern rare "microexpressions," flashes of true emotion that show briefly, from one-fifth to one-25th of a second, on the faces of participants when instructed to deceive.

"The facial expression appears to crack and another emotion leaks on the face, however briefly," says Ms. ten Brinke. "When you see a facial expression like this, you've got to probe with questions to find out why the person is feeling this way." The authors noted that most flashes of inconsistent emotion usually showed in either the upper or lower face only. Further, meaningless muscle twitches sometimes occurred even in genuine expressions, meaning that correct interpretation can only occur by following up with the right questions.

Detecting liars is a tricky business and one that most people—especially people who are highly motivated to catch liars—are particularly bad at.

"There are all kinds of potential applications for this research, from our daily lives to settings like police interrogations, security checks in airports and courtrooms," says Dr. Porter. "Everyone's trying to figure out who's telling the truth, who's not "¦ we're just so sick of being lied to."

The next step in the research is examining the faces of known liars, liars like Michael White, who've fabricated stories and made highly publicized appeals. Ms. ten Brinke and Dr. Porter have collected and are analyzing more than 60 videos of such real-life, high-stakes cases from Canada, the United States, Britain and Australia.

"It's to try and give the police a more objective look at whether people in these kinds of situations might be lying," Ms. ten Brinke explains.

It seems the face does reveal all.