6-May-2014 2:00 PM EDT, by The Rockefeller University Press
favorite_border 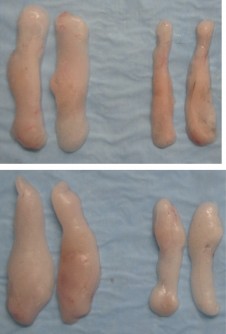 Now, Changcheng Zhou and colleagues from the University of Kentucky show that deficiency of IKKβ in smooth muscle cells decreases vascular inflammation and atherosclerosis development in mice. Surprisingly, the lack of IKKβ also blocks the differentiation of fat cells and causes an accumulation of body fat precursor cells, thus protecting the animals from diet-induced obesity. These novel findings suggest that the kinase acts as a regulator of fat cell differentiation. The use of IKKβ inhibitors may therefore provide an innovative treatment for atherosclerosis, obesity, and metabolic disorders.

Research reported in the press release was supported by the National Insitutes of Health and the American Heart Association.