7-Feb-2018 10:05 AM EST, by Perimeter Institute for Theoretical Physics
favorite_border 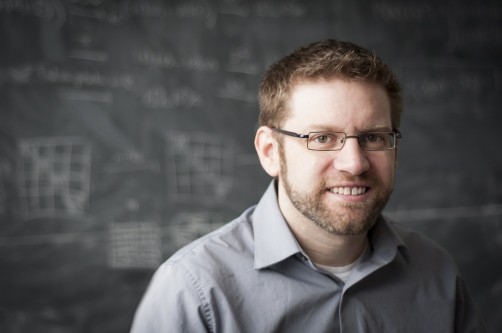 Newswise — February 7, 2018 (Waterloo, Ontario, Canada) – If science is like puzzle-solving, then making sense of quantum theory is a particularly thorny kind of brain-twister.

But what if we are asking the wrong kinds of questions?

In a live webcast event on Wednesday February 7 at 7PM ET, Robert Spekkens will explain why some quantum puzzles may be the result of “category mistakes” – misjudgments about the type of things you’re seeking to explain.

To illustrate this idea, Spekkens will use historical examples of category mistakes, ranging from Platonic philosophy and Egyptian hieroglyphs to recent instances of poorly implemented drug trials.

Spekkens’ talk, titled “The riddle of the quantum sphinx: Quantum states and category mistakes,” is part of the Perimeter Institute Public Lecture Series. The talk will be webcast live on insidetheperimeter.ca and via partner organizations.

Spekkens is a Faculty member at Perimeter Institute whose research examines the foundations of quantum theory. He co-edited the book Quantum Theory: Informational Foundations and Foils, and he is a Project Leader of the international research collaboration “Quantum Causal Structures.” In 2012, he won first prize in the Foundational Questions Institute (FQXi) essay contest “Questioning the Foundations: Which of Our Assumptions Are Wrong?” He lives in Waterloo with his wife and three-year-old son.

Following the talk, Spekkens will answer questions from the online and in-house audience – including questions submitted prior to and during the talk via Facebook and Twitter (using the hashtag #piLIVE). Questions are welcomed from everyone – aspiring scientific explorers, school classes, physics buffs, and general math and science enthusiasts.

View past PI Public Lectures and events, and read more about PI’s research, training, and outreach activities at www.insidetheperimeter.ca.