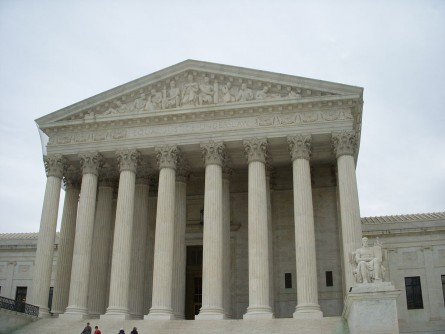 As we approach June 12, the 50th anniversary of the 1967 United States Supreme Court decision Loving v. Virginia, which struck down laws prohibiting interracial marriage, Virginia Tech professor Peter Wallenstein is available to discuss the case and its impact on society.

Wallenstein is an expert on the milestone case involving Richard and Mildred Loving.

“Until 1967, the state of Virginia deemed their marriage a felony, worthy of years in prison — but a changing politics and culture came just in time to free them to live in their home county in rural Virginia without having to fear once again being hauled out of bed in the middle of the night and off to jail.

Loving v. Virginia was a pivotal civil rights case brought by Richard Loving, a white man, and Mildred Loving, under Virginia law a “colored” woman, who were arrested in eastern Virginia for marrying each other in 1958. The Lovings pleaded guilty in return for a suspended sentence on the condition that they leave Virginia; they ultimately moved to Washington, D.C.

Wallenstein, an award-winning professor of history, researches the civil rights struggle in America.

He’s published two books focusing on the Lovings and interracial marriage: “Tell the Court I Love My Wife: Race, Marriage, and Law—an American History” (2002) and “Race, Sex, and the Freedom to Marry: Loving v. Virginia” (2014).