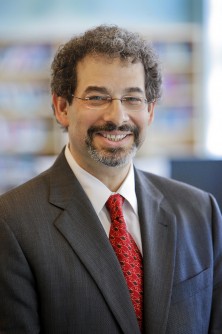 Newswise — CHICAGO, March 17, 2017 — Loyola University Chicago announces the appointment of Steve A. N. Goldstein, MD, PhD, as dean of the Stritch School of Medicine following an extensive national search. Goldstein, who officially joins the University on May 1, has nearly 30 years of experience in health sciences research, medical education, and higher education administration.

He currently serves as university professor of biochemistry at Brandeis University. From 2011–2014, Dr. Goldstein was also provost and senior vice president for academic affairs. While at The University of Chicago from 2004–2011, he was a professor in many areas including pediatrics, cancer center, computational neuroscience, molecular medicine, neurobiology, and pharmacology and pharmacogenomics. Dr. Goldstein was also director of the Pediatrician-Scientist Training Program, chair of the Department of Pediatrics, founding director of the Institute of Molecular Pediatric Science, founding co-principal investigator and advisor of the Clinical and Translational Science Award–Institute for Translational Medicine, and founding physician-in-chief of the Comer Children’s Hospital. From 1993–2004, Dr. Goldstein was on the faculty at Yale University where he rose to full professor and founded the Section of Developmental Biology and Biophysics.

“It is a great honor to be joining the Stritch School of Medicine this spring,” said Goldstein. “I am looking forward to working with the exceptional faculty, staff, and students and embarking on new endeavors in research and education that will advance Loyola’s Jesuit, Catholic mission globally and in the local communities we serve.”

Goldstein received a Doctor of Medicine and Doctor of Philosophy in Immunology from Harvard University. He holds a Master of Arts in Biochemistry from Brandeis University. His research interests involve ion channels and how they function in disease and health. This research has identified genetic and mechanistic bases for Sudden Infant Death Syndrome (SIDS) in African Americans, inherited and drug-induced cardiac arrhythmias, skeletal muscle disorders, and ischemic stroke. Goldstein’s work has advanced methods in interventional cardiology and created diagnostic tests. He has also helped develop new techniques for translational investigations including real-time, single molecule spectroscopy and the creation of de novo neuropeptides based on natural products that target orphan receptions to treat disease.

Goldstein is a fellow of the American Academy of Pediatrics. In 2001, he received the prestigious E. Mead Johnson Award from the Society of Pediatrics for his research contributions. He previously served as a scientific advisor to the National Institutes of Health for Nanomedicine and is currently vice chair of the National Science Foundation Advisory Committee for Biological Sciences.