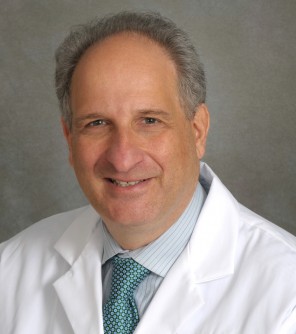 Reported in The Lancet, results on 300 tested revealed strong immune response to the vaccine Newswise — STONY BROOK, N.Y., May 9, 2013 – The results of a phase 1/2 clinical trial in Europe of an investigational Lyme disease vaccine co-developed by researchers at Stony Brook University, Brookhaven National Laboratory, and at Baxter International Inc., a U.S. based healthcare company, revealed it to be promising and well tolerated, according to a research paper published online in The Lancet Infectious Diseases. The vaccine was shown to produce substantial antibodies against all targeted species of Borrelia, the causative agent of Lyme disease in Europe and the United States. Baxter International conducted the clinical trial of the vaccine. Since the early 1990s, Benjamin Luft, MD, the Edmund D. Pellegrino Professor of Medicine at Stony Brook University School of Medicine, and the late John Dunn, Ph.D., a biologist at Brookhaven National Laboratory, spearheaded the initial development of the original vaccine antigen concept, and together with researchers at Baxter International helped bioengineer the formulation used in the clinical trial. Through the Stony Brook University School of Medicine and Brookhaven National Laboratory, The Research Foundation of the State of New York licensed intellectual property of the Lyme vaccine technology to Baxter International. Baxter International researchers in collaboration with Luft and Dunn developed further innovations employed in the Lyme vaccine used in the clinical trial. In the article, “Safety and immunogenicity of a novel multivariant OspA vaccine against Lyme borreliosis in healthy adults: a double-blind, randomized, dose-escalation phase 1/2 trial,” Principal Investigator P. Noel Barrett, PhD, of Baxter, Biomedical Research Centre, and co-authors evaluated the safety and immunogenicity of the vaccine in a range of doses in 300 people living in Austria and Germany. Study participants received three primary immunizations and one booster immunization. All doses and formulations, some of which included an adjuvant, an additive to stimulate immune response to the vaccine, induced substantial antibody titers against all species of Borrelia. The vaccine demonstrated predominantly mild adverse reactions and no-vaccine related serious events occurred in the sample population. “The results of the clinical trial conducted by Baxter are promising because the vaccine generated a potent human immune reaction, covered the complete range of Borrelia active in the entire Northern hemisphere, and produced no major side effects,” said Dr. Luft, a co-author on the paper. “We hope that a larger-scale, Phase 3 trial will demonstrate not only a strong immune response but true efficacy in a large population that illustrates protection against Lyme disease.” Dr. Luft said that for years, one of the main challenges of developing a Lyme disease vaccine was to discover a method that could produce a vaccine effective on all Borrelia species. With the aid of technologies and expertise at Stony Brook and Brookhaven, Drs. Luft and Dunn focused vaccine development on the most abundant Borrelia outer surface protein found when the spirochete bacteria reside in ticks, which commonly transmit the disease. Using the scaffold of this protein, called OspA, they, in collaboration with researchers at Baxter, bioengineered a set of unique OspA proteins not found in nature. These new OspAs share different parts from different species of Borrelia. The new proteins are called chimeras. “After a series of experimentations and refinements, formulations consisting of these new OspA proteins were shown to protect against a broad spectrum of Lyme disease spirochetes,” said Dr. Luft, summarizing the research results. The vaccine used in the European clinical trial is based on these newly created OspA proteins and is therefore designed for broad based coverage. For more details on the purpose and scope of the clinical trial, see the National Institutes of Health Clinical Trials website page Phase 1/2 Lyme Vaccine Study. Collectively, the article co-authors included researchers from Baxter Bioscience; Health Center Mainz in Germany; the Medical University of Vienna in Austria; the Institute of Tropical Medicine, University of Tubingen in Germany, and Stony Brook Medicine in the U.S.