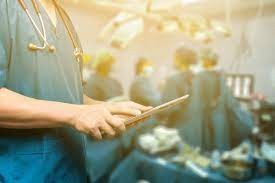 Newswise — New Brunswick, N.J., February 12, 2019 – Investigators at Rutgers Cancer Institute of New Jersey have found that a surgical procedure, when used as a first-line therapy for a form of testicular cancer known as seminoma, is associated with favorable survival rates. Traditionally, these patients are treated with chemotherapy or radiation therapy, but these treatments may be associated with significant long-term side effects. Results of the work will be presented at the 2019 Genitourinary Cancers Symposium (co-sponsored by the American Society of Clinical Oncology, American Society for Radiation Oncology and the Society of Urologic Oncology) in San Francisco later this week.

Some men with testicular cancer undergo a complex surgical procedure known as retroperitoneal lymph node dissection (RPLND) to remove abdominal lymph nodes or masses that persist after chemotherapy. Theoretically, RPLND may potentially be associated with less long-term side effects than the current treatments available for these men.  However, the role of RPLND as a first-line treatment for a form of testicular cancer known as a seminoma is less well defined than for that of testicular non-seminomas.  Rutgers Cancer Institute urologic oncologist Thomas L. Jang, MD, MPH, FACS, and colleagues examined utilization rates of RPLND in the United States for men with testicular seminoma and report on survival outcomes when the procedure is offered as a first-line treatment or in select patients who receive the procedure after chemotherapy.

Using 2004 – 2014 data from the National Cancer Database, 412 men with testicular seminoma who underwent RPLND and met other criteria were identified for the cohort. Among these men, 89 percent received RPLND as first-line treatment, while 11 percent had RPLND after chemotherapy. The investigators note there were no significant differences in clinical or demographic characteristics when comparing men in these two groups. Median follow-up was 4.1 years. Five-year overall survival was 94.2 percent in men who received RPLND as first line treatment and 89.0 percent in those who received the procedure after chemotherapy.  When examining men with Stage I and IIA/B seminoma who received RPLND as first line treatment, the investigators noted five-year overall survival rates of 97.3 percent and 92.0 percent, respectively.  These results were statistically significant, say the authors.  Overall survival did not significantly differ in seminoma patients with Stage IIA versus IIB disease (91.8 percent versus 92.3 percent, respectively).

“Though RPLND is rarely used as primary therapy in these men, overall survival rates appear to be favorable. Our findings are directional and ultimately, ongoing prospective trials, such as the SEMS (Surgery in Early Metastatic Seminoma) trial, will clarify the role of surgery in this setting,” notes Dr. Jang, who is the senior and corresponding author on the work as well as an assistant professor of surgery at Rutgers Robert Wood Johnson Medical School.