Associate professor Reinaldo Tonkoski and assistant professor Tim Hansen of the Department of Electrical Engineering and Computer Science will model power systems that integrate large amounts of renewable energy sources through their first grant from the U.S. Department of Energy.

“We develop models to study dynamics and energy management so we can ensure the electric grid has good power quality and is reliable and resilient,” Tonkoski said. Energy generated by solar panels and wind turbines is variable by nature and interfaces to the electricity grid using power electronic converters.

Tonkoski and Hansen will collaborate with researchers from the University of Alaska Fairbanks and the University of Puerto Rico Mayagüez through a two-year, $3 million DOE Established Program to Simulate Competitive Research Implementation Grant. This EPSCoR project is designed improve the host institutions’ research capabilities thereby increasing their ability to compete for federal funding. In addition, the research supports the DOE’s mission of ensuring America’s security by addressing its energy challenges.

Of the nine projects that received DOE funding by the Office of Science’s Established Program to Simulate Competitive Research Implementation Grant this fall, Hansen said, “Ours is the only project that focuses on power and energy systems.” One postdoctoral researcher and two doctoral students will also work on the project.

Electric generation and demand on the power system must be equal at all times to maintain a 60-hertz grid frequency. Typical generators, such as steam turbines and even hydroelectric plants, produce electricity using a spinning mass and resist a change in frequency due to the rotational inertia.

“If you have large changes in load, this mass will not let the electric frequency dip too low. This dynamic is well known. Everyone knows how to model these traditional electricity generation methods for power systems studies,” Hansen said.

Energy from solar, wind and energy storage devices must interface with converters that transform direct current to alternating current. These units are providing similar frequency support electronically, he explained. However, this electronic interface decouples the traditionally generated mechanical energy from the power grid, thus leading to changes in system dynamics.

“These converters are relatively new and a lot has been changing in terms of how to control them and how to provide voltage and frequency support to the grid,” Tonkoski said. “All the algorithms are new and we need to find proper ways to analyze systems with many of these units present.”

“And the algorithms are propriety, so we do not know what’s going on inside the black box,” Hansen added. Additionally, “current models make it difficult to perform power systems studies for large areas.”

Through this project, the researchers will use statistical modeling techniques to determine how converter-based and traditional-based control systems will work together to ensure voltage and frequency stability in the grid in various scenarios.

Each university operates within a different power grid, which puts the researchers in a unique position to test the models using different conditions and types of converter-based generation.

Brookings is part of the Eastern Interconnect, the largest power grid in the continental United States. The SDSU researchers will apply the models to a large grid using their new OPAL-RT Technologies real-time digital simulator. “It would take a very large change in power to notice any change in the system frequency within such a large power grid,” Hansen explained.

Alaska’s power system utilizes local and regional grids. “Some data centers here (in continental U.S.) are bigger than the Alaska grid,” he said. The Puerto Rico grid is even smaller.

“Alaska uses both wind and hydroelectric power, while Puerto Rico will use more solar in the long term,” Tonkoski noted.  “For each system, the change in load versus change in frequency will be different,” Hansen said.

When responding to major events, such as an earthquake or hurricane, which cause large deviations in system frequency, converter-based electronics are advantageous because the power output can change near instantaneously, Hansen explained. That can help prevent a systemwide blackout.

In the long run, the statistical modeling techniques this multistate research team is developing will help make power systems more resilient when faced with natural disasters, such as Hurricane Maria. 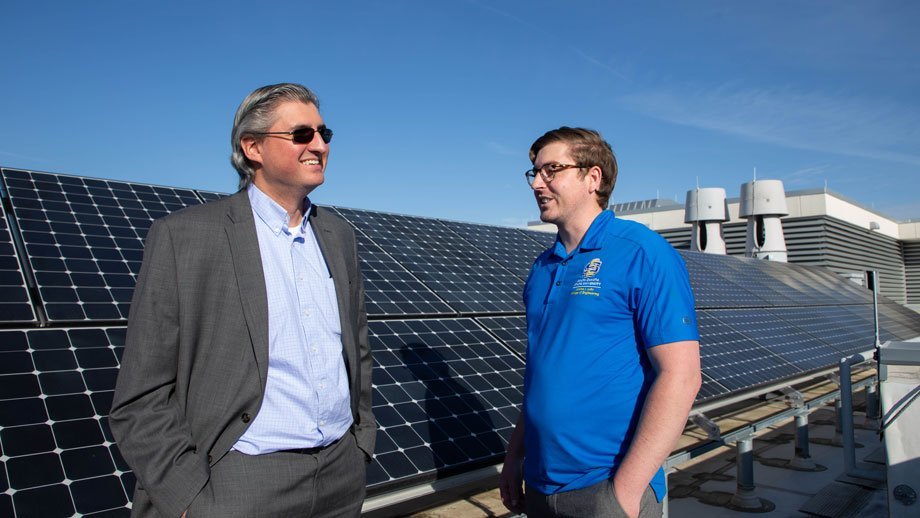 Caption: Associate professor Reinaldo Tonkoski, left, and assistant professor Tim Hansen of the Department of Electrical Engineering and Computer Science have developed a data-driven model to determine the output of inverter-based renewable energy sources, such as wind turbines and solar panels, and subsequently a control system that helps them “play well” with traditional power sources. 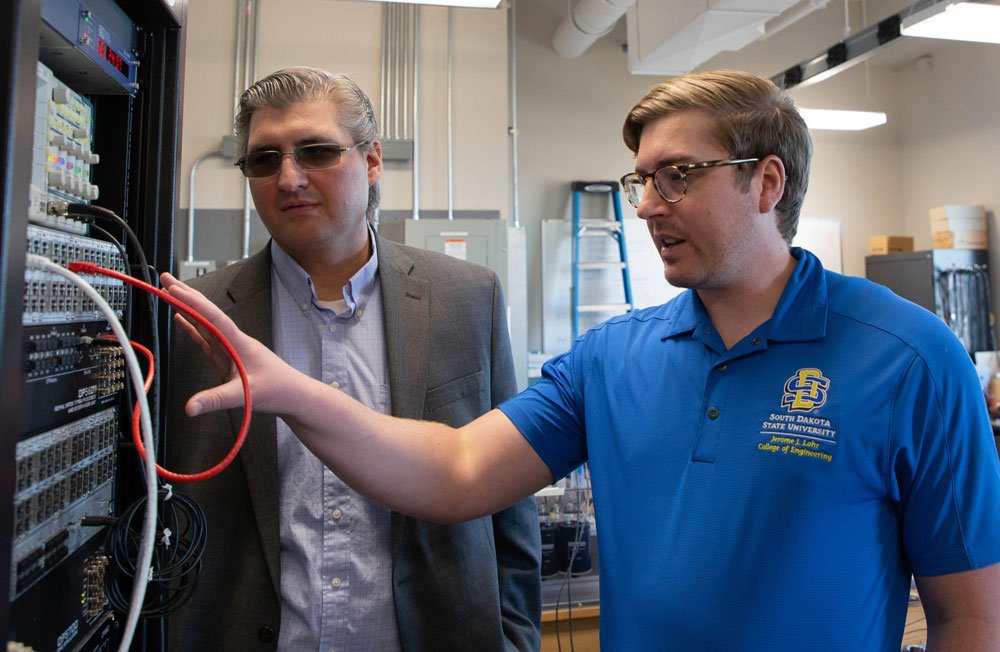