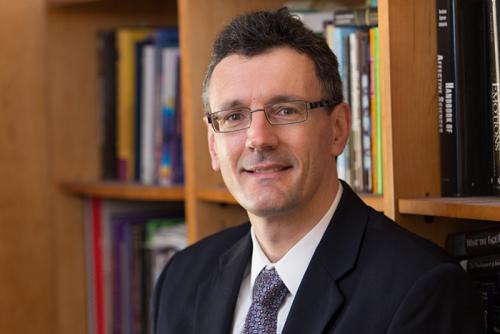 Published six times each year, the publication presents empirical articles and reviews on behavior and brain processes in humans, neurological disorders, and psychiatric disorders, including depression, anxiety, schizophrenia, and autism. Established in 1973 as Psychobiology and renamed to Cognitive, Affective, & Behavioral Neuroscience in 2001, one of CABN’s characteristic features has been the strong integration of psychological theories in the interpretation of neuroscientific data.

On his appointment, Pizzagalli said, “I am honored to be named editor of CABN. In this role, I hope to further the Psychonomic Society’s work in promoting innovative research in behavioral measurement, neuroscience, computational modeling, and other areas. I am particularly excited about the opportunity to expand CABN’s role as the leading outlet for strongly psychologically motivated studies of brain-behavior relationships, including in the context of neuropsychiatric disorders.”

Pizzagalli is the director of the McLean Center for Depression, Anxiety and Stress Research and the McLean Imaging Center. A leader in depression and anxiety research, Pizzagalli has made significant contributions to the study of biomarkers of depression and treatment response. Pizzagalli has also led studies in the psychological, environmental, and neurobiological factors associated with mood disorders, such as major depression.

Recently, Pizzagalli was named center director for a multi-institution study into the brain mechanisms behind depression and anxiety. Funded by a five-year Silvio O. Conte Centers for Translational Mental Health Research grant from the National Institute of Mental Health (NIMH), the effort aims to increase the understanding of the brain circuitry associated with anxiety and depression, which may lead to new medications that are more effective.

About Dr. Pizzagalli: Pizzagalli is the founding director of the Center for Depression, Anxiety and Stress Research, director of the McLean Imaging Center, director of the Laboratory for Translational and Affective Neuroscience, and director of research for the Center of Excellence in Depression and Anxiety Disorders at McLean Hospital. He is a professor of psychiatry at Harvard Medical School. Pizzagalli is an internationally known expert on the neurobiology of depression, and has made major contributions toward the identification of biomarkers of depression and treatment response. The main goals of Pizzagalli’s research are to improve our understanding of the psychological, environmental, and neurobiological factors associated with mood disorders, in particular major depression. To this end, he integrates behavioral, electrophysiological, neuroimaging, and molecular genetics approaches to investigate three important aspects of depression: anhedonia (loss of pleasure), increased stress sensitivity, and executive function deficits.

About McLean Hospital: McLean Hospital has a continuous commitment to put people first in patient care, innovation and discovery, and shared knowledge related to mental health. In 2017 and 2018, it was named the #1 hospital for psychiatric care in the United States by U.S. News & World Report. McLean Hospital is the largest psychiatric affiliate of Harvard Medical School and a member of Mass General Brigham. For more information, please visit https://www.mcleanhospital.org/ or follow us on Facebook or Twitter.

Healthcare In the Workplace Mental Health Neuro Psychology and Psychiatry