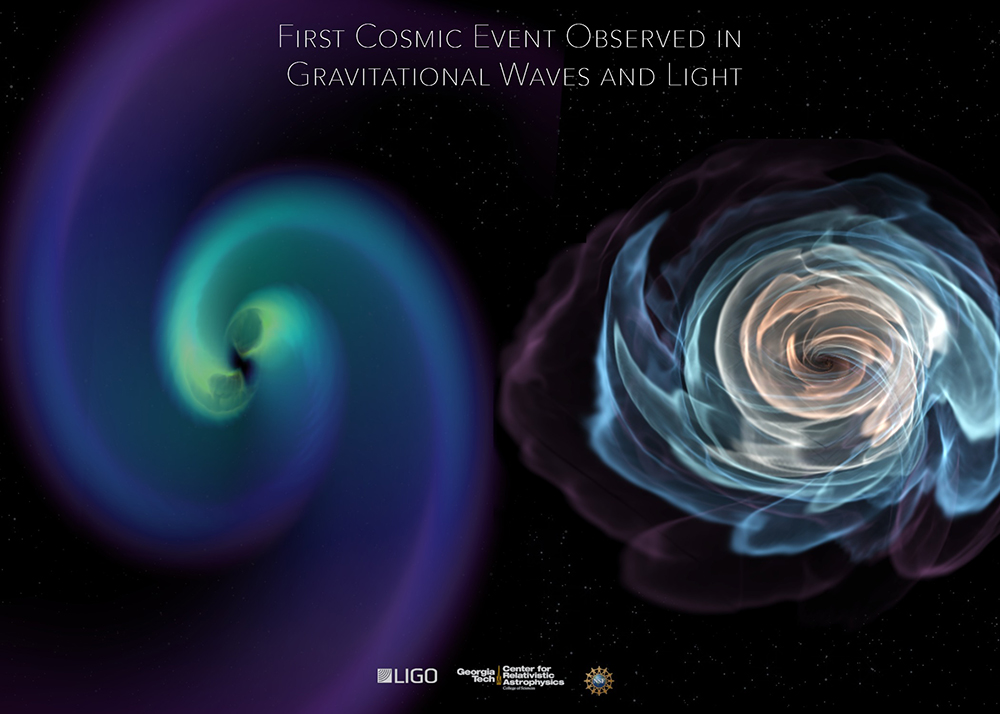 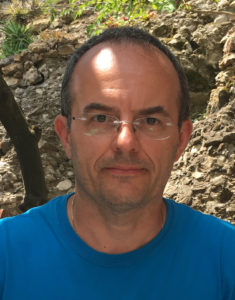 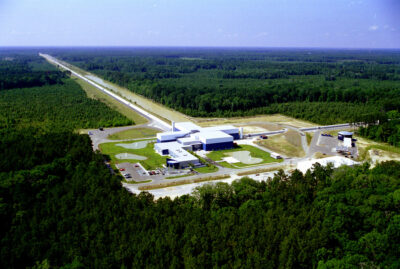 The LIGO Laboratory operates two detector sites, one near Hanford in eastern Washington, and another near Livingston, Louisiana. This photo shows the Livingston detector site.

Leading Missouri S&T’s involvement with the LSC is Dr. Marco Cavaglia, professor of physics and an expert in gravitational physics and multimessenger astrophysics.

Multimessenger astrophysics is a new research field that began in 2017 with the first observation of the merger of two neutron stars. Gravitational waves, first detected in 2015, became a new “messenger” that can provide more information about the universe. Researchers now use data from gravitational waves along with established messengers such as electromagnetic waves and high-energy particles like neutrinos and cosmic rays to learn about the universe.

“Space is the frontier of our exploration,” says Cavaglia. “Gravitational waves allow us to investigate realms that are off-limits to light, like the collision of two black holes or even the very first moments after the Big Bang, from over 13 billion years ago. As we learn more about the universe, we learn more about our place in it.”

Cavaglia joined S&T in January from the University of Mississippi. He has been an active researcher and leader in the LSC for over 10 years and served as the organization’s assistant spokesperson from 2012 to 2017. He also served as founding chair of its diversity and public education and outreach groups.

The LSC includes about 1,200 scientists from 18 countries and over 100 institutions dedicated to detecting the gravitational waves predicted by Albert Einstein’s 1915 general theory of relativity. About 100 years later in 2015, Einstein’s theory was confirmed when the LIGO experiment first detected gravitational waves from a cataclysmic event in space. Using twin, 4-kilometer-long laser interferometers located in Hanford, Washington, and Livingston, Louisiana, the experiment detected a feeble signal that originated 1.3 billion years ago when two black holes collided.

This detection combined with their contributions to the development of the LIGO detector, earned three key players in the LSC the 2017 Nobel Prize in Physics: Rainer Weiss, Kip S. Thorne and Barry C. Barish. Since that time, the LSC has confirmed 10 more detections of cosmic gravitational waves.

“The LSC is at the forefront of astrophysics research and one of the largest, most ambitious projects ever funded by the National Science Foundation,” says Cavaglia.

Cavaglia is principal investigator of S&T’s newly formed LIGO research group, which will further the LSC’s work with contributions in data analysis, detector science, and educational and public outreach.

“These research activities follow in the footsteps of my previous work in the areas of instrumentation, astrophysics and service to the LIGO collaboration that were critical for the detections of the gravitational wave signals,” says Cavaglia.

This month, the NSF awarded Cavaglia a $228,000 grant for his ongoing LSC work which will continue at S&T. In addition, Cavaglia’s LIGO research group will collaborate with a cosmology group led by Dr. Shun Saito, assistant professor of physics, to unveil the mysteries of the cosmic history. Saito also joined the Missouri S&T faculty in January.

“These are exciting times for gravitational-wave physics and multimessenger astrophysics” says Dr. Thomas Vojta, chair and professor of physics. “Adding these research areas at S&T is in sync with the compelling program outlined in the National Academies’ decadal report, ‘New Worlds, New Horizons in Astronomy and Astrophysics’. S&T will keep its eyes wide open to the sky.”

In a few months, the advanced LIGO detector and its European partner Virgo will start their third observing run. Cavaglia says he expects LIGO to continue to detect more cataclysmic cosmic events. These observations allow scientists to better understand the physical processes that take place when black holes form or when matter is compressed to very high densities, he adds. Gravitational-wave astronomy gives scientists a new way to look at these phenomena and to further test whether Einstein’s theory of general relativity still applies to highly energetic astronomical events and cosmic distances.

“The hunt for the dark side of the universe is on,” says Cavaglia.

Caption: The LIGO Laboratory operates two detector sites, one near Hanford in eastern Washington, and another near Livingston, Louisiana. This photo shows the Livingston detector site.