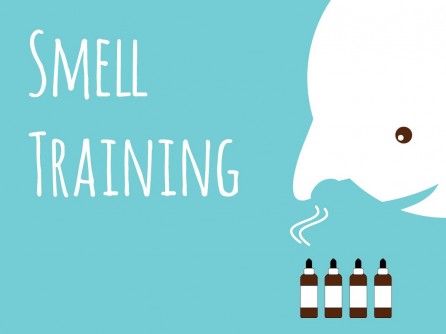 The first U.S. smell training workshop for recovering anosmics will be offered at the Monell Center on August 9, 2016. 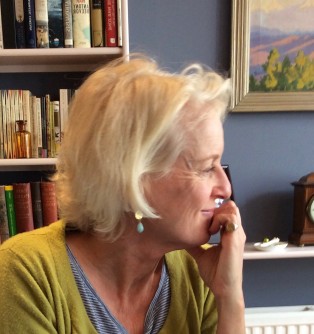 Newswise — PHILADELPHIA (August 1, 2016) – Just as physical therapy can help restore function to damaged muscles and connective tissue, recent clinical trials have shown that a simple non-invasive technique called smell-training can improve the sense of smell in certain people with partial olfactory loss, including those recovering from anosmia. Christine Kelly, MSc, the leading lay advocate for smell-training, will visit the Monell Center from the U.K. on August 9-11, 2016. During her visit she will present the first U.S. educational smell-training sessions for individuals with impaired smell and the physicians who treat them. Kelly will offer an interactive smell-training workshop for recovering anosmics at the Monell Center on Tuesday, August 9, 2016 from 4:00-7:00pm. In brief, smell-training involves mindfully smelling a set of defined odors twice daily for a several months. It has been shown in several research studies to help improve the sense of smell in some (but not all) people with an impaired sense of smell. The workshop is suitable for individuals with acquired anosmia due to either viral or head injury causes who have regained the ability to perceive a low level of odor. Kelly will discuss the concept, status quo, pitfalls, and future of smell training, and then interactively work with attendees to help them to learn the process and sample different odors. The next day, she will present an educational seminar on the promising technique to physicians in the Department of Otolaryngology, Head and Neck Surgery at Thomas Jefferson University Hospital.

Kelly began smell training in 2012 on the advice of her physician after she lost her sense of smell following a sinus infection. “It is difficult to explain how alienated I felt once my sense of smell was gone,” she says. “I was disconnected from life.” Since then, she has regained some of her ability to smell. However, while she can detect odors, most smells remain distorted. "It's as if I have very acute hearing, but the conversation I’m hearing in the next room is in Chinese," she explains. "Every smell training session for me is a reintroduction to a smell I used to know. It's like learning a new language." Kelly credits smell training with helping her to make sense of her new olfactory world. For the last three years, she has worked with both clinicians and individuals with smell disorders to explore and refine the technique, focusing on the importance of components such as self-assessment and mindfulness. Smell disorders are a common problem in middle-aged and older U.S. adults. Approximately one quarter of U.S. adults age 40 and older report a problem with their sense of smell, affecting their safety, health, and well-being. The likelihood of smell loss increases with age.

The most severe of smell disorders is anosmia, the complete loss of a person’s sense of smell. Anosmia can affect anyone at any age. Anosmics cannot detect odors that tell us about fire or spoiled food, nor the bond-promoting scent of a newborn baby’s head. Current medical treatments are limited and many anosmics never or only partially recover their sense of smell. The Monell Center conducts targeted anosmia research and advocates for anosmia awareness through A Sense of Hope: The Monell Anosmia Project. The research goal is to identify the biological causes of smell loss in order to develop potential treatment approaches for this under-recognized invisible disability.

More about Christine Kelly and smell training at www.smelltraining.co.uk. Kelly is available for interviews in Philadelphia August 9-11, 2016 and via Skype beforehand. Monell scientist Beverly Cowart, PhD, an expert on human olfactory disorders, also is available to provide scientific background on smell disorders, including anosmia, and on olfactory plasticity. The Monell Chemical Senses Center is an independent nonprofit basic research institute based in Philadelphia, Pennsylvania. Monell advances scientific understanding of the mechanisms and functions of taste and smell to benefit human health and well-being. Using an interdisciplinary approach, scientists collaborate in the programmatic areas of sensation and perception; neuroscience and molecular biology; environmental and occupational health; nutrition and appetite; health and well-being; development, aging and regeneration; and chemical ecology and communication. For more information about Monell, visit www.monell.org. 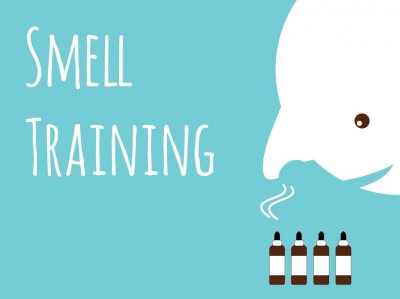 Caption: The first U.S. smell training workshop for recovering anosmics will be offered at the Monell Center on August 9, 2016. 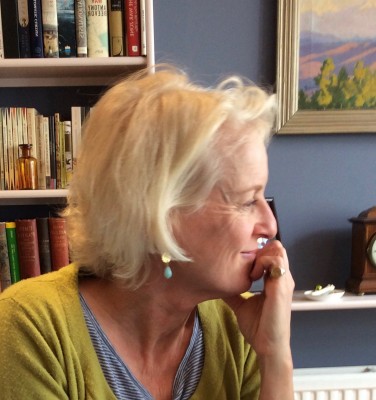