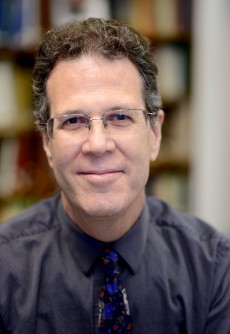 Newswise — PHILADELPHA (August 18, 2014) – The Board of Directors of the Monell Chemical Senses Center has named Robert F. Margolskee, MD, PhD as the Center’s next President and Director, effective October 1, 2014. Margolskee will be the Center’s third Director since its founding in 1968, succeeding Gary K. Beauchamp, PhD, who has led Monell since July 1990.

“Monell’s current standing as a thought leader and scientific powerhouse is a direct reflection of Gary’s acumen and guidance. Among his many achievements as Director, Gary led a major capital campaign to expand the Center’s footprint and create integrated laboratories in molecular biology and human sensory perception. Perhaps even more central to Monell’s growth and mission are the scores of exceptional scientists that he brought to the Center. Notably, Gary exemplified scientific leadership by maintaining a distinguished research program that repeatedly made significant contributions to our understanding of the biology of the chemical senses of taste and smell,” said Monell Board Chair Dwight Riskey, PhD.

“Moving from strength to strength, Bob will provide the strong leadership necessary for Monell to carry on and expand its record of meaningful scientific discovery as we move towards the Center’s 50th anniversary in 2018. He brings to the Directorship an exceptional track record of pioneering science, administrative experience, and fundraising acumen in government, industry, foundation and philanthropic arenas,” said Board Member Richard Berkman, Esquire, who co-chaired the search committee with Riskey.

Margolskee joined Monell’s faculty in 2009 and was appointed Associate Director in 2010. A pioneer in the use of molecular biology to study cellular mechanisms of taste, he has been responsible for several major advances in the field of taste biology. He received his undergraduate degree from Harvard University and his MD-PhD in Molecular Genetics from Johns Hopkins University, where he studied with the late Nobel laureate Dr. Daniel Nathans. He carried out postdoctoral studies in molecular biology at Stanford University with the Nobel laureate Dr. Paul Berg. While on the faculty of the Mount Sinai School of Medicine, he was an Associate Investigator of the Howard Hughes Medical Institute from 1997 to 2005. He is an author on over 130 peer-reviewed articles, which have been published in such prestigious journals as Nature, Science, Proceedings of the National Academy of Sciences, and Scientific American.

His seminal discovery of gustducin, a signaling protein expressed selectively in taste cells, provided the critical knowledge needed to explain how taste receptors detect sweet, bitter and savory tasting molecules. More recently, Margolskee’s research has focused on the mechanisms and functions of taste receptors located in the gastrointestinal tract and in other organs throughout the body. These extra-oral receptors are increasingly implicated in regulation of food intake, nutrition, metabolism, and hormone release.

“Monell is a remarkable academic center with exceptional scientists. I am honored to have been selected to succeed Gary Beauchamp following his 24 years of visionary leadership. This is a wonderful time for biomedical research, where stunning discoveries are being made every day. At Monell, understanding the senses of taste and smell and probing their involvement in appetite, nutrition, and disease is at the forefront of our research. Our collaborative and multidisciplinary strength opens doors to significant basic science discoveries and translational opportunities. I find it particularly gratifying to be involved in and now to lead these efforts,” said Margolskee.

Plans to commemorate the leadership transition are in progress and will be announced at a later date.

About Monell: The Monell Chemical Senses Center is an independent nonprofit basic research institute based in Philadelphia, Pennsylvania. For over 45 years, Monell has advanced scientific understanding of the mechanisms and functions of taste and smell to benefit human health and well-being. Using an interdisciplinary approach, scientists collaborate in the programmatic areas of sensation and perception; neuroscience and molecular biology; environmental and occupational health; nutrition and appetite; health and well-being; development, aging and regeneration; and chemical ecology and communication. For more information about Monell, visit www.monell.org.