Mother Donates Kidney to Save Her Daughter’s Life, Advocates for Donor Awareness 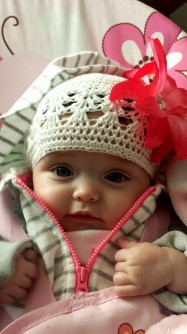 At 4 months old, Raegen was diagnosed with congenital nephrotic syndrome. 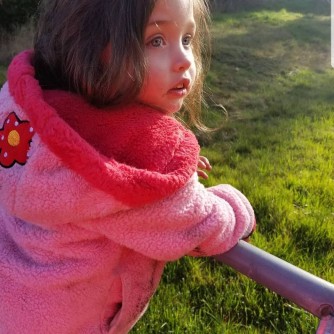 Today, 3-year-old Raegen is thriving thanks to her mother’s kidney donation.

Newswise — Early on in Raegen Allard’s life, her mother, Francisca Allard, noticed something wasn’t quite right with her beautiful daughter. Raegen would seem upset after she ate and her stomach was enlarged. She also had a bruise around her belly button, which worried Allard further. At 4 months old, Allard took her daughter to the emergency room closest to their home in Snohomish. They told Allard she needed to be taken immediately to Seattle Children’s Emergency Department. When they arrived they received unexpected news: they weren’t going home. Raegan was admitted to Seattle Children’s Neonatal Intensive Care Unit (NICU).

“I didn’t know what to do,” said Allard. “It was like I was watching life unfold in front of me and I had no control. All I could do was hold her hand. It was a whirlwind.”

A home in the hospital

During the first year of Raegen’s life, she spent more time in the hospital than at home.

“It was really challenging for us,” said Allard. “Her first Christmas was spent in the hospital. We spent every holiday there. We’re thankful to all the people at the hospital who made those times special for the kids who were inpatient. From gifts, to blankets, to birthday presents, they always went out of their way.”

Raegen’s kidneys weren’t functioning normally. Waste and fluid was building up in her body. Without treatment, kidney failure can be fatal.

“She needed to have her kidneys taken out,” said Dr. Andre Dick, surgical director of kidney transplant at Seattle Children’s. “Unfortunately, once her kidneys are out, the only option is dialysis which can be very challenging, not only for the patient, but for the family.”

By the time she turned 2 years old, both her kidneys had been removed and she began dialysis. For a child whose kidneys don’t work normally, dialysis helps filter waste and extra fluid from the blood.

“Being on dialysis is the only option aside from a transplant to keep a patient alive,” said Dick.

Every night, Raegan was on dialysis for nearly 12 hours. Getting Raegen a new kidney was always top of mind for Allard and their family, but there was always one issue standing in the way: she was too small for transplant. All they could do was wait for her to get bigger and stronger.

“Being on dialysis isn’t as good as a kidney,” said Dick. “We push for transplantation, but the child also has to grow to be a certain size because of how large the new organ is. Most kids get kidneys from adults and it takes up almost the entire abdomen. Growth and development is difficult for a child with end stage renal disease, it took longer to get Raegen to the right size.”

For Allard, the waiting was the hardest.

While the family patiently waited for Raegen to grow, Allard got tested to see if she would be a match for her daughter. The news was exactly what they were hoping for – a match.

The day she found out, Allard was filled with excitement. She had the opportunity to give her daughter a new life.

On March 14, the day big had finally arrived. Allard was going into surgery at the University of Washington Medical Center, and Raegen was at Seattle Children’s getting ready to receive her new kidney from her mother.

“We waited for this moment for so long, nearly four years,” said Allard. “It was really emotional. This surgery was my first, and it was well worth it.”

Only hours later, they received good news. The transplant was a success. Both Raegen and Allard were recovering well.

Today, 3-yeard-old Raegen is a whole new person – healthy, happy, and thriving. According to Allard, Raegen can finally be a kid again.

“Her outlook is great,” said Dick. “The goal of transplant is to get a child back to a normal life, and to be able to achieve whatever goals they want to achieve. She can become whatever she wants – a doctor, a movie star or the president. She can be whatever she wants to be thanks to her mother. As long as she takes her medication, her kidney should last for 15 or 20 years.”

For Allard, this experience has been life changing. It has also made her advocate for organ donation.

“I wish more people knew about the need for organ donation,” said Allard. “It’s not something you want to think about happening to your child, but it’s so important. I gave my daughter life again, but one day she’ll need another kidney. We’re going to go down this road again. Next time, I won’t have an organ to give.”

“The reality is there are more people waiting for organs than there are donors,” said Dick. “Organ donation helps give people a second chance at life.”

To learn more about organ donation, and to register to become a donor, visit Donate Life. 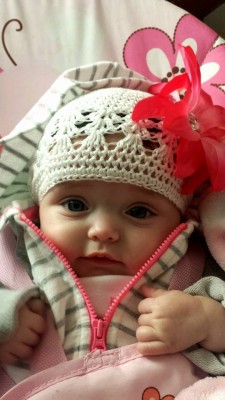 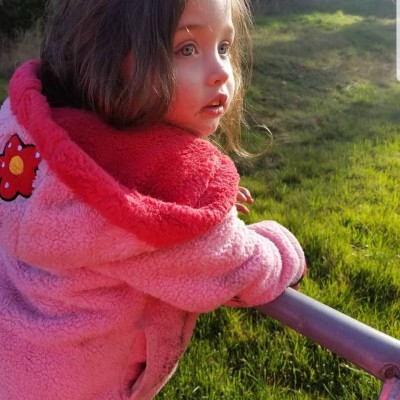 Caption: Today, 3-year-old Raegen is thriving thanks to her mother’s kidney donation.