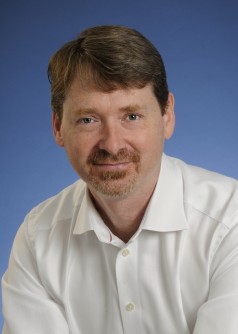 (Newswise — TORONTO, Canada – May 28, 2014) – The largest clinical study to evaluate breast cancer screening of female survivors of childhood Hodgkin lymphoma (HL), who are at increased risk because they received chest radiation, shows that magnetic-resonance imaging (MRI) detected invasive breast tumours at very early stages, when cure rates are expected to be excellent.

“Female survivors of childhood HL who had chest radiation should speak with their family doctor about after-care assessment and breast cancer screening” says Dr. Hodgson. “We estimate that 75% of women who are at high risk because of prior radiotherapy to the chest are not being screened. So my hope is that this new evidence will encourage these survivors to discuss early screening with their doctors.There is a provincial pediatric oncology aftercare system already in place to help them, organized by the Pediatric Oncology Group of Ontario (POGO).”

Dr. Hodgson’s study team, in collaboration with colleagues at the Dana Farber Cancer Institute in Boston, performed 274 breast MRI screens on 96 women from 2005 to 2012. Ten breast cancers – half of them invasive tumors – were diagnosed in nine women during 363 person-years follow up. The median age of breast cancer diagnosis was 39 years (range 24 to 43 years), and the median latency period between HL diagnosis and age at breast cancer diagnoses was 21 years (range 12 to 27 years). “This illustrates the young age at which these cancers can occur. For some of these women, if they had been screened starting at age 40 or 50 like average risk women, it would have been too late.”

Of the 10 detected breast tumours, five were visible on both MRI and mammogram; three were visible only on MRI; and two were detected on mammogram alone (but were non-invasive). The median size of invasive tumors size was 8mm (range 3-15mm) and none had spread to the lymph nodes. These results are substantially better than prior studies using only mammographic screening in these young patients, in which almost half of the cancers detected had cancer spread to lymph nodes. Dr. Hodgson points out that because MRI screening is so much more sensitive to small changes in the appearance of the breast tissue than mammography, up to a third of patients may be called back for further testing of suspicious findings, many of which are benign or not clinically significant and therefore require no treatment. “It’s important to forewarn at-risk HL survivors because call backs definitely heighten anxiety.”

The research was funded by the Canadian Cancer Society, the Pediatric Oncology Group of Ontario, and The Princess Margaret Cancer Foundation.

About Princess Margaret Cancer Centre, University Health Network The Princess Margaret Cancer Centre has achieved an international reputation as a global leader in the fight against cancer and delivering personalized cancer medicine. The Princess Margaret, one of the top five international cancer research centres, is a member of the University Health Network, which also includes Toronto General Hospital, Toronto Western Hospital and Toronto Rehabilitation Institute. All are research hospitals affiliated with the University of Toronto. For more information, go to www.theprincessmargaret.ca or www.uhn.ca .