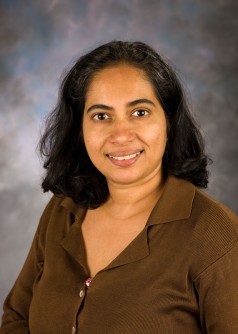 Sharon Bout-Tabaku, MD, MSCE, is the lead author for the article published this week which focuses on the associations between severe obesity and chronic musculoskeletal pain and functional status in adolescents prior to undergoing bariatric surgery.

Newswise — Outcomes regarding musculoskeletal disease among severely obese adolescents participating in the “Teen Longitudinal Assessment of Bariatric Surgery” (Teen-LABS) study were published this week in JAMA Pediatrics. Teen-LABS is a multi-center clinical study funded by the National Institute of Diabetes and Digestive and Kidney Diseases (NIDDK) at the National Institutes of Health (NIH) that is examining the safety and health effects of surgical weight loss procedures. Teen-LABS is being conducted at five clinical centers in the U.S., including Cincinnati Children’s Hospital, Nationwide Children’s Hospital, Texas Children’s Hospital, the University of Alabama at Birmingham and the university of Pittsburgh Medical Center. The study’s Chair, Thomas H. Inge, MD, PhD, is located at Cincinnati Children’s Hospital Medical Center.

Sharon Bout-Tabaku, MD, MSCE, Assistant Professor and Pediatric Rheumatologist at Nationwide Children’s Hospital and The Ohio State University College of Medicine in Columbus, is the lead author for the article published this week which focuses on the associations between severe obesity and chronic musculoskeletal pain and functional status in adolescents prior to undergoing bariatric surgery.

In this most recent publication from the Teen-LABS research study, investigators note that while pediatric obesity is more common now and is associated with other diseases, very little is known about the consequences of the most severe forms of obesity on the musculoskeletal system.

The authors of the current study found that severely obese teens that carry excess weight, have specific musculoskeletal abnormalities including pain and experience functional difficulties performing routine tasks. Of the 242 participants in the Teen-LABS cohort, three-quarters had musculoskeletal pain, while approximately 50% had poor functional status. Pain in the lower back was the most commonly reported followed by pain in the lower extremities, including the ankles, feet, knees and hips. Most importantly, lower extremity pain was a risk factor that predicted functional impairment and low health-related quality of life scores.

Prior research from this group, published in 2013 in the journal Pediatrics, noted that adults undergoing bariatric surgery had a 4- to 5-fold increased risk of walking limitation and troublesome swelling of the legs if they were severely obese during adolescence. These findings speak to the long term functional consequences of severe obesity early in life.

"Musculoskeletal and specifically lower extremity pain in severely obese adolescents may be a risk factor and herald a pre-disease state of osteoarthritis, which may be reversible at early stages following bariatric surgery," said Dr. Bout-Tabaku. The take home point is that, "For clinicians working with obese adolescents, awareness of lower extremity pain and its impact on functional ability, including adherence to exercise and other physical activity recommendations, is extremely important and needs to be treated appropriately."