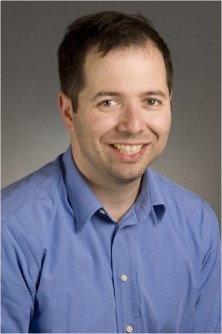 Newswise — BOSTON, Jan. 12, 2014 -- Scientists have identified a mutated gene that causes a type of tenacious, benign brain tumor that can have devastating lifelong effects. Currently, the tumor can only be treated with challenging repeated surgeries and radiation.

The discovery, reported in Nature Genetics, is encouraging, because it may be possible to attack the tumors with targeted drugs already in use for other kinds of tumors, said the investigators from Dana-Farber/Boston Children’s Cancer and Blood Disorders Center, Massachusetts General Hospital, and the Broad Institute of MIT and Harvard.

The researchers identified a different mutant gene that drives the tumors in children. Drugs that target these adamantinomatous tumors are not yet clinically available, but may be in the future, said the researchers.

“From a clinical perspective, identifying the BRAF mutation in the papillary tumors is really wonderful, because we have drugs that get into the brain and inhibit this pathway,” said Sandro Santagata, MD, PhD, a co-senior author of the paper. “Previously, there were no medical treatments—only surgery and radiation—and now we may be able to go from this discovery right to a well-established drug therapy.” BRAF inhibitors are currently used in treating malignant melanoma when that mutation is present.

Priscilla Brastianos, MD, co-first author of the study, and Santagata said plans are underway to design a multicenter clinical trial to investigate the efficacy of a BRAF inhibitor in patients with papillary craniopharyngiomas.

Craniopharyngiomas occur in less than one in 100,000 people. They are slow-growing tumors that don’t metastasize, but they can cause severe complications, including headaches, visual impairment, hormonal imbalances, obesity and short stature. Even with expert neurosurgery, it is difficult to completely remove the tumors without damaging normal structures, and the tumors often recur.

The investigators were surprised to find that the single mutated BRAF gene was the sole driver of 95 percent of the papillary craniopharyngiomas they analyzed with whole-exome DNA sequencing. “We were really surprised to find that something as simple as a BRAF mutation by itself, rather than multiple mutations, is what drives these tumors,” said Santagata.

One scenario, should the inhibitors prove successful in halting or reversing growth of the tumors, would be to test the drugs preoperatively with the aim of shrinking the tumor so less radical surgery would be needed, said Santagata. A different mutation, in a gene called CTNNB1, was identified as the principal abnormality in the pediatric tumors, according to the report. This mutation causes overactivity in the beta-catenin molecular growth-signaling pathway. Unlike with the BRAF mutation, drugs that inhibit the CTNNB1 abnormality have not yet reached the clinic, but several groups are working on them, Santagata said.

The study has three co-first authors: Brastianos of MGH, Dana-Farber Cancer Institute, HMS and the Broad; Amaro Taylor-Weiner of the Broad; and Peter Manley, MD, of Dana-Farber/Boston Children’s.

The research was supported by Pedals for Pediatrics and the Clark family.