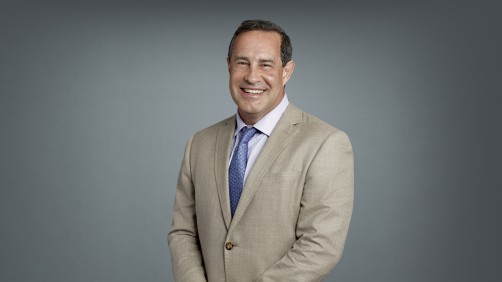 Newswise — Robert J. Cerfolio, MD – whose innovations in robotics have led to practice-changing advances in lung cancer surgery in the U.S. and countries around the world – will join NYU Langone on June 1 as chief of clinical thoracic surgery. He also will become the first director of the Lung Cancer Center at NYU Langone’s Perlmutter Cancer Center.

Cerfolio currently serves at the University of Alabama (UAB) Hospital in Birmingham as the James H. Estes Family Lung Cancer Research Endowed Chair and chief of thoracic surgery. Having performed more than 17,000 operations, he is among the most prolific thoracic surgeons in the world. Equally important, he is known internationally for the highest standards of care and innovative leadership.

More than 1,200 national and international surgeons, anesthesiologists and their teams have come to UAB to learn his techniques and the way in which he engages his teams to provide efficient, high-quality and patient-centered care. During his tenure at UAB, he developed a four-arm robotic approach to treat patients needing lung cancer excisions, removal of cancerous esophageal tumors and tumor resections within the thoracic region. His robotic techniques have reduced complications, increased survival and shortened hospital stays.

In addition to his position at UAB, Cerfolio serves as the director of the American Association of Thoracic Surgery’s Robotic Graham Fellowship, and has trained a large percentage of thoracic surgeons in the U.S. and abroad.

“We are excited to welcome Dr. Cerfolio to lead our Clinical Thoracic Surgery Division,” said Aubrey C. Galloway, MD, the Seymour Cohn Professor and chair of the Department of Cardiothoracic Surgery. “He has a proven track record of exceptional patient outcomes, and will strengthen our robust thoracic surgery and lung cancer programs with his extraordinary expertise in robotic thoracic surgery.”

A New Initiative Against a Deadly Cancer

According to the U.S. Centers for Disease Control and Prevention, more Americans die from lung cancer than any other type of cancer – approximately 155,000 annually. In 2013, the most recent year for statistics, more than 212,500 individuals were diagnosed with lung cancer – almost equally divided between men and women.

At Perlmutter Cancer Center, Cerfolio will lead a new multidisciplinary lung cancer center, bolstered by nationally renowned surgeons, medical and radiation oncologists, radiologists, pulmonologists and other specialists. Some have long tenure at NYU Langone and others are newly-recruited clinical and investigative leaders – all committed to developing a program that rivals the very best in the country.

“Lung cancer is an insidious disease that is difficult to treat, especially when it progresses to more advanced stages,” said Benjamin G. Neel, MD, PhD, director of NYU Langone’s Perlmutter Cancer Center.  “Dr. Cerfolio will provide a new level of excellence to our rapidly expanding lung cancer program. Patients who turn to us can rest assured they will have access to the finest clinical care, the latest treatments and the most advanced cutting-edge research.”

Cerfolio earned both his undergraduate and medical degrees from the University of Rochester where he was a First Team Academic All-American baseball player and a Rhodes Scholar Candidate. He received his first two years of post-doctoral surgical training at The University of Connecticut St. Francis Hospital. After a year of urologic surgical training at Cornell and Memorial Sloan Kettering, he completed the last two years of his general surgical residency at the Mayo Clinic in Rochester, Minnesota, where he also completed a cardiothoracic surgical fellowship. In 2013, he received his MBA from the University of Tennessee.

He joined UAB in 1996, where he served in numerous academic and clinical positions before being named Division Chief in Thoracic Surgery in 2002. He also serves as the chair of UAB’s Business Intelligence Committee.

Cerfolio has published over 150 original peer-reviewed articles, 40 book chapters, and has given over 400 lectures and presentations at major international and national scientific meetings. He also has been an invited visiting professor at hundreds of major academic institutions in more than 22 countries. In 2014, he authored his first book, Super Performing at Work and at Home: The Athleticism of Surgery and Life, and has recently completed his second book on leadership entitled, Inspire.

“I’m honored to join NYU Langone and its Perlmutter Cancer Center, and to be asked to be part of a team that brings together all elements of lung cancer care to provide the very best to our patients, many of whom are in the fight of their lives,” Cerfolio says. “We plan for innovative ways to serve patients in the New York tri-state and those all over the world.”