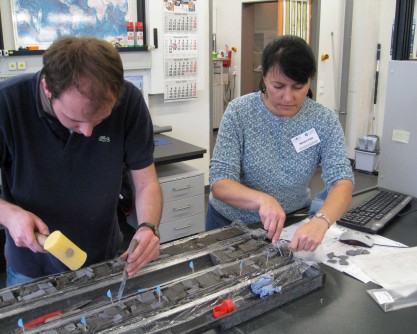 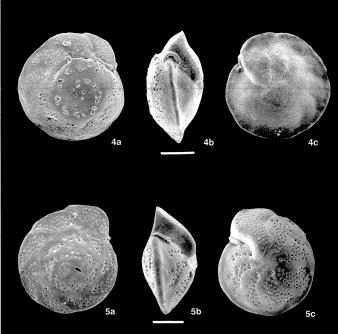 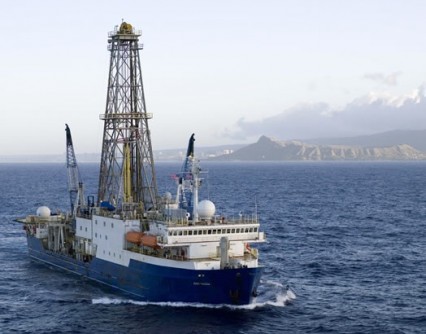 Deep-sea sediment samples used in this study were collected by the JOIDES Resolution (shown here); and the D/V Caldrill (Atlantic Slope Project).

Newswise — Troy, N.Y. – Thirty-eight million years ago, tropical jungles thrived in what are now the cornfields of the American Midwest and furry marsupials wandered temperate forests in what is now the frozen Antarctic. The temperature differences of that era, known as the late Eocene, between the equator and Antarctica were only half of what they are today. A debate has long been raging in the scientific community on what changes in our global climate system led to such a major shift from the more tropical, greenhouse climate of the Eocene to the modern and much cooler climates of today.

New research published in the journal Science, led by Rensselaer Polytechnic Institute scientist Miriam Katz, is providing some of the strongest evidence to date that the Antarctic Circumpolar Current (ACC) played a key role in the major shift in the global climate that began approximately 38 million years ago. The research provides the first evidence that early ACC formation played a vital role in the formation of the modern ocean structure.

The paper, titled “Impact of Antarctic Circumpolar Current development on late Paleogene ocean structure,” is published in the May 27, 2011, issue of Science.

“What we have found is that the evolution of the Antarctic Circumpolar Current influenced global ocean circulation much earlier than previous studies have shown,” said Katz, who is assistant professor of earth and environmental science at Rensselaer. “This finding is particularly significant because it places the impact of initial shallow ACC circulation in the same interval when the climate began its long-term shift to cooler temperatures.”

There has been a debate over the past 40 years on what role the Antarctic Circumpolar Current had in the underlying cooling trend on Earth. Previous research has placed the development of the deep ACC (greater than 2,000 meters water depth) in the late Oligocene (approximately 23-25 million years ago). This is well after the global cooling pattern had been established. With this research, Katz and her colleagues used information from ocean sediments to place the global impact of the ACC to approximately 30 million years ago, when it was still just a shallow current.

Oceans and global temperatures are closely linked. Warmer ocean waters result in warmer air temperatures and vice versa. In the more tropical environs of the Eocene, ocean circulation was much weaker and currents were more diffuse. As a result, heat was more evenly distributed around the world. This resulted in fairly mild oceans and temperatures worldwide, according to Katz. Today, ocean temperatures vary considerably and redistribute warm and cold water around the globe in significant ways.

“As the global ocean currents were formed and strengthened, the redistribution of heat likely played a significant role in the overall cooling of the Earth,” Katz said.

And no current is more significant than the ACC. Often referred to as the “Mixmaster” of the ocean, the ACC thermally isolates Antarctica by preventing warm surface waters from subtropical gyres to pass through its current. The ACC instead redirects some of that warm surface water back up toward the North Atlantic, creating the Antarctic Intermediate Water. This blocking of heat enabled the formation and preservation of the Antarctic ice sheets, according to Katz. And it is this circumpolar circulation that Katz’s research concludes was responsible for the development of our modern four-layer ocean current and heat distribution system.

To come to her conclusions, Katz looked at the uptake of different elemental isotopes in the skeletons of small organisms found in ocean sediments. The organisms, known as benthic foraminifera, are found in extremely long cores of sediments drilled from the bottom of the ocean floor.

During their lifetime, foraminifera incorporate certain elements and elemental isotopes depending on environmental conditions. By analyzing the ratios of different isotopes and elements, the researchers are able to reconstruct the past environmental conditions that surrounded the foraminifera during their life. Specifically, they looked at isotopes of oxygen and carbon, along with ratios of magnesium versus calcium. More detailed information on Katz’s isotopic analysis methods can be found at http://green.rpi.edu/archives/fossils/index.html.

Analysis of these isotopes from sediment cores extracted directly off the North American Atlantic coast showed the earliest evidence for the Antarctic Intermediate Waters, which circulates strictly as a direct consequence of the ACC. This finding is the first evidence of the effects of shallow ACC formation. The findings place development of the ACC’s global impact much closer to the time that Antarctica separated from South America. It had previously been thought that the currents moving through this new continental gateway could not be strong enough at such shallow depths to affect global ocean circulation.

Katz points out that the larger cooling trend addressed in the paper has been punctuated by many short, but often significant, episodes of global warming. Such ancient episodes of warming are another significant aspect of her research program, and play an important role in understanding the modern warming of the climate occurring on the planet.

“By reconstructing the climates of the past, we can provide a science-based means to explore or predict possible system responses to the current climate change,” Katz said. 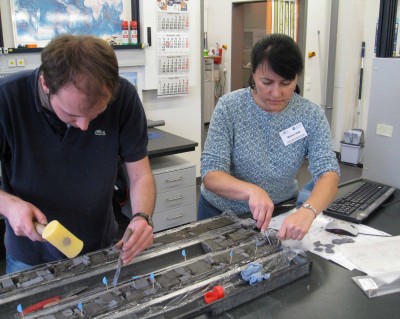 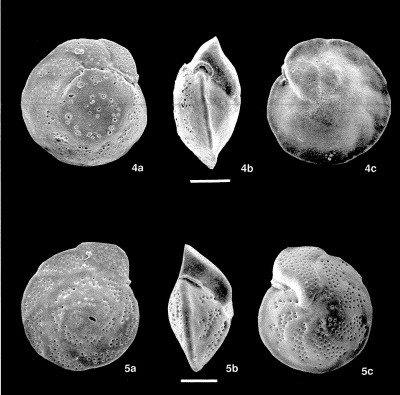 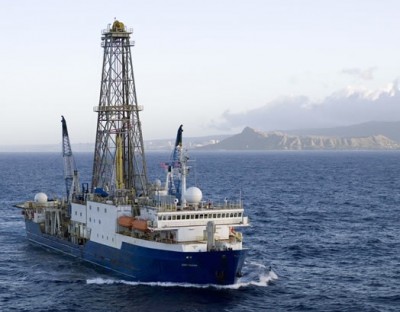 Caption: Deep-sea sediment samples used in this study were collected by the JOIDES Resolution (shown here); and the D/V Caldrill (Atlantic Slope Project).