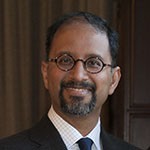 Newswise — In the new health-care climate of the federal Affordable Care Act and efforts to expand Medicaid to accommodate more individuals and children, the need to closely examine ways to best use government funding is becoming increasingly evident.

A new study from the Brown School at Washington University in St. Louis examines racial and ethnic differences in Medicaid expenditures for children in the welfare system who use psychotropic drugs – medication for conditions such as attention deficit hyperactivity disorder, or ADHD, that affect a child’s mental state.

“Children in the child welfare system are the largest nondisabled users of child mental health services — and the most expensive of kids to insure for mental health needs,” said Ramesh Raghavan, MD, PhD, associate professor at the Brown School and lead author of the study.

“Most of the costs affiliated with mental health coverage are due to pharmaceuticals, and the costs of drugs is very high,” he said. “So when you think about the fact that we have around 6 million kids in contact with child-welfare systems nationally – and about half of them have some sort of behavioral or emotional condition that may require drugs for treatment — we really are looking at a huge number of kids who need mental health services.”

The study, “Racial/Ethnic Differences in Medicaid Expenditures on Psychotropic Medications Among Maltreated Children,” was published online in March in the journal Child Abuse & Neglect. The study examined 4,445 child participants in the National Survey of Child & Adolescent Well-Being linked to their Medicaid records in 36 states. It found expenditure differences were especially pronounced among African-American children. Spending on African-American children was between $300 and $600 lower than spending on white children.

The study can be read online here. But the takeaway, Raghavan said, is that expanding coverage through Medicaid alone may be insufficient to assure high-quality mental health care for children, especially children of color.

“We should be focusing on why these expenditure disparities exist, and how we can eliminate them,” he said. “We know this is not because African-American children are less sick than their white counterparts, and we know this is not entirely because of where they live. So we need to figure out why we’re spending less money on these kids of color, and whether that is appropriate or not.

“Focusing on getting more children into Medicaid without trying to understand the kinds of services these kids receive once they are in the program is not going to improve the quality of care for these kids,” he said.

Raghavan will present some findings from the study at the upcoming National Conference on Child Abuse and Neglect April 30-May 2 in New Orleans, sponsored by the Children’s Bureau, Administration for Children and Families.

The study was funded by the National Institute of Mental Health and the Agency for Healthcare Research and Quality.

To read more about Raghavan and his work at the Brown School, visit here.