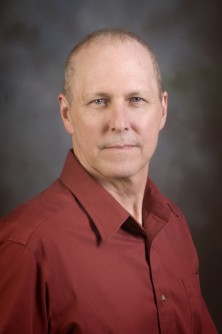 Terry Cobb, management associate professor in the Pamplin College of Business at Virginia Tech, focuses on what makes such communications effective or successful.

Newswise — When bad news needs to be shared, management scholars have shown that the response is influenced by how bad the news is, what is said, and who said it. New research by Terry Cobb, management associate professor in the Pamplin College of Business at Virginia Tech, focuses on what makes such communications effective or successful.

Leaders sometimes have to make tough choices that can result in loss and disappointment to their followers, said Cobb, who specializes in organizational politics and organizational justice. “Such decisions undermine the commitment and cooperation that leaders need from their followers to be effective.” Negative reactions, however, can be mitigated by the explanations given for those decisions — explanations that scholars term “social accounts.”

Social accounts, Cobb said, can be viewed as a form of persuasive communication designed to affect the perceptions, attitudes, and behavior of the message recipients. “They can be seen as devices not only for accounting for one’s action but also for helping message receivers to understand the situation and the players involved, and for convincing message receivers to think better of leaders.”

Such communications “can increase employee perceptions of fairness and mitigate adverse reactions to downsizing and layoffs, unfavorable changes in benefits, negative feedback, and undesirable behavior,” he said. “They can also increase the willingness of customers to do business with a company, repair trust following a violation, help facilitate organizational change, and help the leader maintain a more positive image.”

In a recent study, Cobb and his co-author, Francis Frey of the University of Virginia’s College at Wise, focus on what makes accounts effective or successful by examining the effects of the specificity of the message, the expertise of the source, and the extent of the losses that the explanations are intended to address.

“We found that when managers give an explanation for decisions that have caused loss, they need to be more specific in addressing the concerns of their followers and the reasons behind their decisions. Being vague or dismissive can actually make things worse.” And the greater the loss incurred, the greater was the need for specificity.

The second — and perhaps surprising — finding, Cobb said, was that, in some cases, “leader expertise can actually make acceptance of their explanations more difficult; under conditions of higher loss, expertise actually becomes a sizable liability.”

Research has consistently shown that explanations can help reduce the criticism and moral outrage managers face when they make unpopular decisions, he said. “Our study supports emerging research, however, that accounts can produce predicaments of their own. In our study, we saw that if a leader wants to maintain an image of expertise, he or she may be assuming greater liability for producing acceptable explanations. On the other hand, professing naïveté or ignorance, while increasing the likelihood of account acceptance, can undermine a leader’s image by creating unfavorable impressions of their competence to lead.”

His study, published in the Journal of Applied and Social Psychology, demonstrates that there is still much more to learn about social accounts “and the processes that underlie their acceptance, rejection, or, worse, an increased negative reaction to them,” Cobb said. “What we don’t know about social accounts can hurt leaders in their use of them.”

Read the full story, including Cobb’s recommendations to leaders, in “Molding perceptions: How to break bad news,” in this spring’s Pamplin magazine. http://www.pamplin.vt.edu/magazine/spring11/breakingbadnews.html