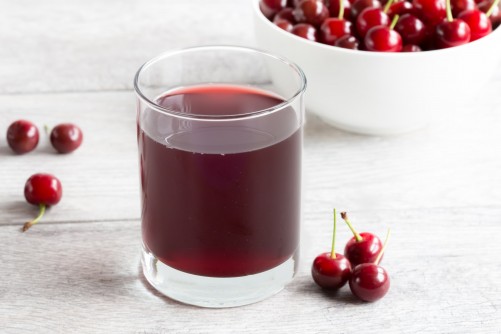 Montmorency tart cherry juice may be a promising new recovery aid for soccer players following a game or intense practice.

“Previous research on Montmorency tart cherry juice has examined recovery following muscle damaging protocols such as heavy weight training, long-distance running or cycling, but there are no studies that have used sport-specific activity to cause the exercise stress,” Howatson said. “This is surprising given that many teams in professional and international soccer and rugby already use Montmorency tart cherry juice to aid recovery.”

Sprint sports such as soccer, rugby, and lacrosse require a high volume of energy turnover and eccentric muscle actions resulting in metabolic and mechanically induced stress.

Participants were instructed to consume a low polyphenolic diet for 48 hours prior to beginning each Montmorency or placebo supplementation routine and throughout the seven-day consumption period. Food diaries were used to assess compliance, which helped researchers more accurately measure the efficacy of the phenolic-rich compounds in the Montmorency tart cherry concentration intervention.

Montmorency tart cherry juice, compared to a placebo, was found to maintain greater functional performance, impact a key marker of inflammation and decrease self-reported muscle soreness among study participants following prolonged activity that mirrors the demands of field-based sports. While additional research is needed, the authors suggest the dampening of the post-exercise inflammatory processes may be responsible.

Montmorency tart cherries are the most common variety of tart cherries grown in the U.S., and are available year-round in dried, frozen and juice forms – including juice concentrate, which was the form used in the U.K. study. Montmorency tart cherry juice concentrate can be mixed with water or other juices. It can also be consumed straight from the bottle or used as an ingredient in recipes, including smoothies and other beverages. ###

The Cherry Marketing Institute, a not-for-profit organization funded by North American tart cherry growers and processors, provided financial support for the study. The funders had no role in the study design, data collection and analysis, decision to publish or preparation of the manuscript. CMI’s mission is to increase the demand for Montmorency tart cherries through promotion, market expansion, product development and research. For more information, including additional scientific research, recipes, serving ideas and product forms, visit www.choosecherries.com.