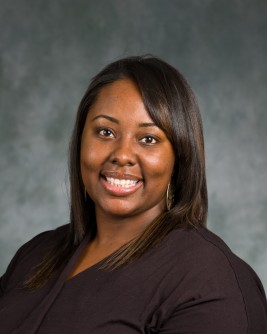 Newswise — Forgoing a reliance on motivation, families can adopt healthy behaviors—eating better and exercising more—by following a new approach that focuses on the redesign of daily routines.

In a series of pilot tests of the approach—known as “SystemChange”—by nursing scientists at Case Western Reserve University, families and individuals altered unhealthy habits by systematically manipulating their environments, despite wavering willpower.

“We’re not relying on individual motivation,” said Lenette Jones, a research post-doctoral fellow at the Frances Payne Bolton School of Nursing. “We take the onus off of people to change and, instead, focus on a set of strategies to change a family’s activities and routines.”

SystemChange stands in contrast to popular strategies that rely on cognitive behavior change and personal effort to improve health.

Outlined in a paper in the journal Nursing Outlook, the approach has proven effective for reducing screen time, improving sleep and medication adherence, and developing the healthy eating and exercise habits of patients with chronic conditions—such as diabetes or hypertension—that are managed better with diet plans and habitual physical activity.

To learn SystemChange, families meet with a health professional, such as a nurse, trained in the approach, over four to five months to design and monitor the success of family-designed small experiments.

For example: a family wants to increase the number of fruits and vegetables they eat per week. They decide to test small experiments and stock fruits and vegetables on the easiest to reach shelves in the refrigerator (instead of in drawers) and also pack at least one of these items in a child’s lunch each day. After two weeks, the family can see quantitatively if they’ve eaten more of these foods. If not, with the guidance of their designated health professional, they design a different experiment to try over the next two weeks.

“Instead of focusing on the numbers on the scale that may not move, or feeling like a failure if you don’t reach a goal of losing 5 pounds—this strategy allows you to focus effort on the family changing habits together, such a eating two vegetables a day instead of one, or not turning on the television certain days of the week,” said Jones, a co-author on the paper.

“There’s no feeling bad about yourself if you fail at an experiment. If the family doesn’t meet a goal, they move on and design another experiment, until they are successful,” said Jones, who studies how lifestyle changes can improve hypertension in African-American women.

SystemChange has also been tested in both HIV-positive and cardiac rehabilitation patients, and is a key part of a National Institutes of Health funded study to curb obesity in children in urban areas. The approach does not require a high level of literacy and is easily standardized.

“This approach takes the ‘I’ out of behavior change,” Jones said. “It focuses on manipulating the environment, to assist families to make small changes over time—it’s a team effort.”

SystemChange—trademarked as “SystemCHANGE"—was created by paper co-author Shirley Moore, the Edward J. and Louise Mellen Professor of Nursing at the nursing school and its associate dean for research. Farrokh Alemi, a professor of health administration, George Mason University, also co-wrote the paper.