Not All Infant Formulas Are Alike: Differential Effects on Weight Gain 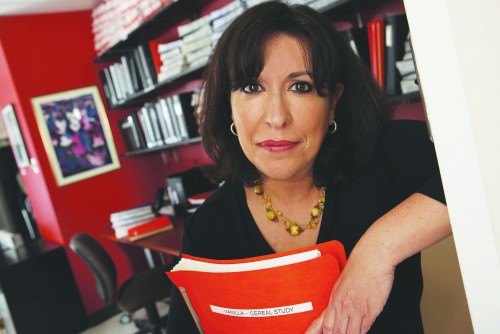 Newswise — New findings from the Monell Center reveal that weight gain of formula-fed infants is influenced by the type of formula the infant is consuming. The findings have implications related to the infant’s risk for the development of obesity, diabetes and other diseases later in life.

“Events early in life have long-term consequences on health and one of the most significant influences is early growth rate,” said study lead author Julie Mennella, Ph.D., a developmental psychobiologist at Monell. “We already know that formula-fed babies gain more weight than breast-fed babies. But we didn’t know whether this was true for all types of formula.”

While most infant formulas are cow’s milk-based, other choices include soy-based and protein hydrolysate-based formulas. Protein hydrolysate formulas contain pre-digested proteins and typically are fed to infants who cannot tolerate the intact proteins in other formulas.

In adults, pre-digested proteins are believed to act in the intestine to initiate the end of a meal, thus leading to smaller meals and intake of fewer calories. Based on this, the authors hypothesized that infants who were feeding protein hydrolysate formulas would eat less and have an altered growth pattern relative to infants feeding cow’s milk-based formula.

In the study, published online in the journal Pediatrics, infants whose parents had already decided to bottle-feed were randomly assigned at two weeks of age to feed either a cow’s milk-based formula (35 infants) or a protein hydrolysate formula (24 infants) for seven months.

Both formulas contained the same amount of calories, but the hydrolysate formula had more protein, including greater amounts of small peptides and free amino acids.

Infants were weighed once each month in the laboratory, where they also were videotaped consuming a meal of the assigned formula. The meal continued until the infant signaled that s/he was full.

Over the seven months of the study, the protein hydrolysate infants gained weight at a slower rate than infants fed cow milk formula. Linear growth, or length, did not differ between the two groups, demonstrating that the differences in growth were specifically attributable to weight.

“All formulas are not alike,” said Mennella. “These two formulas have the same amount of calories, but differ considerably in terms of how they influence infant growth.”

Analysis of the laboratory meal revealed the infants fed the protein hydrolysate formula consumed less formula during the meal.

“One of the reasons the protein hydrolysate infants had similar growth patterns to breast-fed infants, who are the gold standard, is that they consumed less formula during a feed as compared to infants fed cow’s milk formula” said Mennella. “The next question to ask is: Why do infants on cow’s milk formula overfeed?”

The findings highlight the need to understand the long-term influences of infant formula composition on feeding behavior, growth, and metabolic health. Future studies will utilize measures of energy metabolism and expenditure to examine how the individual formulas influence growth, and how each differs from breastfeeding.

Also contributing to the study, which was funded by the National Institute of Child Health and Human Development, were Monell scientists Gary Beauchamp and Alison Ventura.

The Monell Chemical Senses Center is an independent nonprofit basic research institute based in Philadelphia, Pennsylvania. Monell advances scientific understanding of the mechanisms and functions of taste and smell to benefit human health and well-being. Using an interdisciplinary approach, scientists collaborate in the programmatic areas of sensation and perception; neuroscience and molecular biology; environmental and occupational health; nutrition and appetite; health and well-being; development, aging and regeneration; and chemical ecology and communication. For more information about Monell, visit www.monell.org.