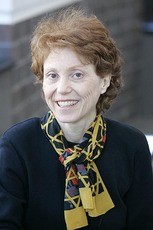 Nora Newcombe, the James H. Glackin Distinguished Faculty Fellow and a professor of psychology at Temple University, will be the principal investigator for the $3.5 million grant to establish a Spatial Intelligence and Learning Center, which will also include researchers from the University of Chicago, Northwestern University and the University of Pennsylvania.

Newswise — With an eye toward helping educate children and prepare the technological workforce needed to compete in today's global society, the National Science Foundation has awarded Temple a two-year, $3.5 million grant to establish a Spatial Intelligence and Learning Center (SILC).

Nora Newcombe, the James H. Glackin Distinguished Faculty Fellow and a professor of psychology at Temple, will be the principal investigator for the grant, which will also include key researchers from the University of Chicago, Northwestern University and the University of Pennsylvania.

The center's consortium of researchers will focus on spatial thinking in their respective fields. The consortium's talent draws from leaders working in cognitive science, psychology, computer science, education and neuroscience, as well as practicing geoscientists and engineers, and teachers in the Chicago public schools.

According to the researchers' proposal to NSF, "The overarching goal of the proposed Center (http://www.spatiallearning.org) is to understand spatial learning and to use this knowledge to develop programs and technologies that will transform educational practice and support the capability of all children and adolescents to develop the skills required to compete in a global economy."

The researchers will examine such basic questions as how to measure spatial learning. Spatial learning is becoming increasingly important to a technological society as many people work with data and must manipulate images mentally in order to understand the workings of tools and instruments.

"In addition to its role in domains that directly involve spatial relations, spatial insight is important in many other spheres, as well," added co-investigator Dedre Gentner, professor of psychology and education and director of the Cognitive Science Program at Northwestern University. "Spatial diagrams and graphs are commonly used to convey abstract relationships in a range of disciplines, from economics to weather prediction."

Newcombe believes the researchers have an opportunity to not only better comprehend the basic science of spatial learning, but also to understand how to change it. "Spatial learning is very malleable, and we can educate for it," she said.

"That is very important for having a prepared workforce in a technological society." In addition, Newcombe said SILC's work will focus on reducing gender and socio-economic status differences in spatial functioning, which impact social equity.

SILC's research activities will be carried out in collaboration with the Chicago public school system, concentrating initially on the lower grades, including kindergarten, first and second grades.

"While most of our research focus will be on the elementary level, we do have a separate component that is concerned with undergraduate education and is going to focus on the geo-sciences and engineering," Newcombe said.

"This center offers an exciting opportunity to increase our understanding of how spatial skills develop, how these skills can be enhanced through instruction, and how they relate to achievement in mathematics and science," said co-investigator Susan Levine, professor of psychology and co-director of the Center for Early Childhood Research at the University of Chicago. "The center's collaboration with the Chicago public schools will enable us to address these questions in the classroom, as well as through laboratory research."

Although NSF has funded the center for the first two years at $3.5 million, the award calls for an additional three years of support — based on SILC's success — at approximately $4 million per year, making the potential total of the grant more than $15 million.

"This is a major commitment by the NSF," said Newcombe, adding that there is the possibility of a second five years of funding from NSF following the initial grant. "This is testimony to their belief that our center has the opportunity to truly solve some of the scientific puzzles surrounding spatial learning and to develop methods that contribute to workforce preparedness."