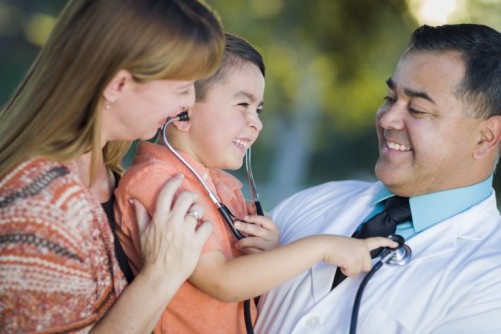 Newswise — Health equity for underserved Latino and immigrant populations will be broadened at the Rutgers School of Nursing–Camden, which has received a $600,000 grant from the U.S. Department of Education’s International and Foreign Language office to strengthen Spanish language skills among students and faculty.

The grant will allow the Rutgers University–Camden nursing school to enhance its Learning Abroad programs to Spanish-speaking countries through interdisciplinary partnerships at Rutgers–Camden and at affiliated county college campuses (specifically Atlantic Cape Community College). The grant also will help to strengthen enrollment in the Spanish for Healthcare Professionals courses, which Rutgers–Camden students will be encouraged to take in order to participate in learning abroad courses in Spanish-speaking countries.

Nancy Pontes, an assistant professor of nursing, serves as the grant’s primary investigator. A family nurse practitioner with a strong interest in global health, she has led study-abroad programs for the Rutgers School of Nursing–Camden. Her co-primary investigator is Gloria Bonilla-Santiago, a Board of Governors Distinguished Service Professor of Public Policy at Rutgers–Camden, where she also directs the Community Leadership Center.

Nursing professionals have long been leaders in public health initiatives, Pontes says, and this knowledge will be supplemented with Rutgers–Camden’s interdisciplinary expertise in public policy, foreign language, and business.

The grant will expand upon current opportunities for international study offered by the nursing school to Spanish-speaking countries, Pontes says. Over the last five years, the Rutgers–Camden nursing school has introduced programs in Bolivia and Guatemala, partnering with local non-governmental agencies in those countries. With the recent funding, the population health study abroad program will be introduced in Cuba, where Rutgers already has a Memorandum of Understanding formalizing a collaborative partnership with the University of Havana. Bonilla-Santiago has taken Rutgers students to Cuba for study trips over the years.

Working with Cuba will be especially exciting, Pontes says, adding that “Cuba has a unique healthcare system and one of the longer life expectancies for humans in the world.” She says one explanation for this longevity is a community-centered commitment to population health that “could be transformative for the United States and other countries. Our students will learn from their community-based health care and have the opportunity for cultural interaction.”

In the past, when students have studied abroad in nursing programs, they have not always spoken the language of the host country, Pontes says. The U.S. Department of Education grant will allow the School of Nursing to prepare students with both practical training and foreign language skills.

In addition to the study abroad aspect, Pontes notes that improving the Spanish language skills of students and future healthcare providers is “perfect for Camden,” where about 40 percent of the city’s residents speak Spanish, according to U.S. Census data.

“We need to train nurses to better communicate in the languages of wherever they work,” Pontes says. “This needs to be broadened and become a standard of practice.”

The grant unites a diverse array of Rutgers–Camden programs, including the School of Nursing, the Spanish program, the Community Leadership Center, and the Learning Abroad program. Atlantic Cape Community College joins this interdisciplinary coalition.