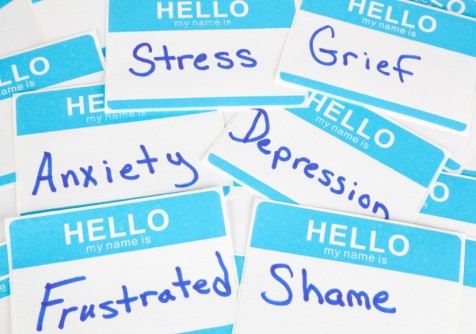 Newswise — A shortened version of a questionnaire used by psychologists to assess risk factors for obsessive-compulsive disorder also may help determine the risk of depression and anxiety, according to a Baylor University study.

The revision may be a good fit for assessing the risk of mental health issues stemming from certain beliefs — such as seeing threats as greater than they are and feeling that things are not right unless they are perfect. Such dysfunctional beliefs are central to obsessive-compulsive disorder (OCD), said researcher Thomas Fergus, Ph.D., assistant professor of psychology and neuroscience in Baylor’s College of Arts and Sciences.

The study was published in the Journal of Psychopathology and Behavioral Assessment.

The initial Obsessive Beliefs Questionnaire, developed in 2001 and consisting of 87 items, has been revised and shortened three times, most recently in 2011, with the goal of making it more practical for use. It now has only 20 items, but the concepts have not been changed, Fergus said.

Those with obsessive-compulsive disorder tend to overestimate threats, have an inflated sense of responsibility, be perfectionists and fear intrusive thoughts because they feel out of control. Symptoms of OCD include such behavior as excessive washing or repeated checking.

“At one time, the questionnaire was used because it was thought that responsibility or overestimation of threat might be specific to OCD,” Fergus said. “But the short of it now is that certain beliefs appear to be relevant for more than OCD, so this might help us better understand depression and anxiety and have a broader application.”

The research included two studies. In the first, participants were 48 patients who came to an outpatient clinic for stress and anxiety disorders, while in the second, 507 non-clinical adults were recruited through the Internet.

In the first study, participants were given both the original, longer version of the questionnaire and the 20-item version, with similar results found using each version.In the second study, participants were given the shorter Obsessive Beliefs Questionnaire; a questionnaire used to assess obsessive-compulsive symptoms; a questionnaire used to determine depression symptoms; and another to assess general anxiety. That study revealed similarities in beliefs related to OCD, depression and anxiety.

Given the brevity of the revised Obsessive Beliefs Questionnaire — and its potential for patients — it could become a useful tool for research as well as treatment of patients and intervention for those who are predisposed toward a number of mental health disorders, Fergus said.

ABOUT BAYLOR COLLEGE OF ARTS AND SCIENCESThe College of Arts and Sciences is Baylor University’s oldest and largest academic division, consisting of 26 academic departments and 13 academic centers and institutes. The more than 5,000 courses taught in the College span topics from art and theatre to religion, philosophy, sociology and the natural sciences. Faculty conduct research around the world, and research on the undergraduate and graduate level is prevalent throughout all disciplines.

Journal of Psychopathology and Behavioral Assessment