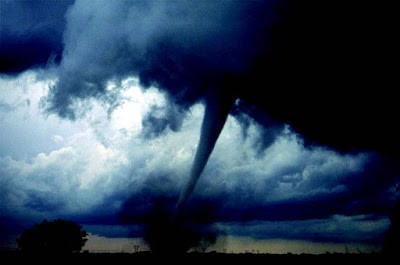 Newswise — A University of Oklahoma research team with the Advanced Radar Research Center has developed the first numerical polarimetric radar simulator to study and characterize scattering mechanisms of debris particles in tornadoes. Characterizing the debris field of a tornado is vital given flying debris cause most tornado fatalities. Tornado debris characteristics are poorly understood even though the upgrade of the nation’s radar network to dual polarimetric radar offers potentially valuable capabilities for improving tornado warnings and nowcasting.

“With this simulator, we can explain in great detail to the operational weather community the tornadic echo from the polarimetric radar,” said Robert Palmer, ARRC executive director. “The signal received by the dual polarimetric radar is not easily understood because rain is mixed with the debris. The knowledge we gain from this study will improve tornado detection and near real-time damage estimation.”

Numerous controlled anechoic chamber measurements of tornadic debris were conducted at the Radar Innovations Laboratory on the OU Research Campus to determine the scattering characteristics of several debris types—leaves, shingles and boards. Palmer, D.J. Bodine, B.L. Cheong, C.J. Fulton and S.M. Torres, the center, and the OU Schools of Electrical and Computer Engineering and Meteorology, developed the simulator to provide comparisons for actual polarimetric radar measurements.

Before this study, there were many unanswered questions related to tornado debris scattering, such as knowing how the size, concentration and shape of different debris types affect polarimetric variables. How the radar identifies the debris is equally as important. Orientation of debris makes a difference as well as how the debris falls through the atmosphere. Overall, understanding debris scattering characteristics aid in the discovery of the relationship between debris characteristics, such as losing and centrifuging, and tornado dynamics.

OU team members were responsible for various aspects of this study. Coordination of damage surveys and collection of debris samples were led by Bodine. Field experiments were designed by team members in collaboration with Howard Bluestein, OU School of Meteorology. Electromagnetic simulations and anechoic chamber experiments were led by Fulton. The signal processing algorithms were developed by Torres and his team. Cheong led the simulation development team.

The study, “SimRadar: A Polarimetric Radar Time-Series Simulator for Tornadic Debris Studies,” will be published in the May issue of the Institute of Electrical and Electronics Engineers Transactions on Geoscience and Remote Sensing. This work is supported by the National Science Foundation with grant number AGS-1303685. There were significant results from the collaboration between the center and the Disaster Prevention Research Institute in Kyoto University.

An animation has been developed for the simulation of the three types of tornadic debris used in this study, which included leaves (green), shingles (pink) and boards (orange). The OU team has the ability, however, to simulate other types of debris.