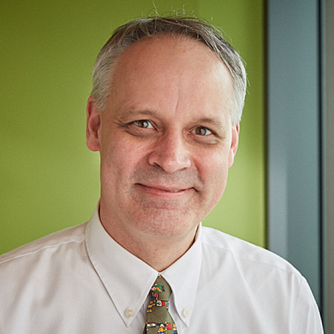 Hawkins, a co-author on the paper, can address the results of the study, which document larotrectinib’s astounding effectiveness in treating TRK fusion-positive cancers regardless of patient age or tumor type. According to Hawkins, these results provide compelling proof that larotrectinib is incredibly effective, well-tolerated and is likely to produce long-lived responses in patients if the tumors harbor TRK alterations.

Hawkins helped design the pediatric arm of the multicenter larotrectinib phase 1/2 clinical trial and can share his experience at Seattle Children’s treating more children with larotrectinib than anywhere else in the world. This includes efforts to develop clinically-validated diagnostic tests to improve recognition of TRK fusion-positive cancers – something he said is the key to additional success with larotrectinib.

Additionally, Hawkins can elaborate on the many oncology firsts larotrectinib represents. If larotrectinib receives approval from the U.S. Food and Drug Administration, it will be the first time a drug is initially approved for a molecular abnormality independent of tumor type. Larotrectinib’s maker, LOXO Oncology, is also one of the first to develop a cancer drug, almost in parallel, in adults and children.

Parents of pediatric patients treated with larotrectinib at Seattle Children’s are also available to speak about how the drug has benefitted their children with cancers that failed to respond to standard therapies. For interested broadcast outlets, Seattle Children’s has access to a ReadyCam television studio system that provides fast, broadcast-quality film to television networks or stations.