4-Dec-2018 11:05 AM EST, by Perelman School of Medicine at the University of Pennsylvania contact patient services
favorite_border 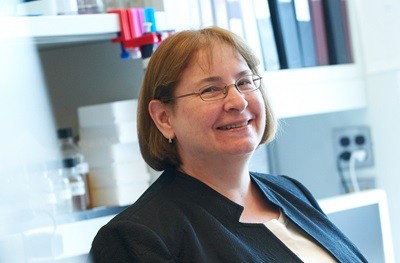 Newswise — PHILADELPHIA — The Basser Center for BRCA at Penn Medicine’s Abramson Cancer Center, the world’s first comprehensive center aimed at advancing research, treatment, and prevention of BRCA-related cancers, has announced Maria Jasin, PhD, as the recipient of the sixth annual Basser Global Prize. Jasin is a member of the Developmental Biology Program at Memorial Sloan Kettering Cancer Center and a professor at the Weill Graduate School of Medical Sciences at Cornell University.

Jasin’s research has helped define the roles of BRCA1 and BRCA2 in DNA repair. Her discoveries have led to numerous investigative efforts worldwide, resulting in a greater understanding of how cancer develops and in new therapies that can lengthen the lives of cancer patients.

“We are honored to recognize Dr. Jasin for her accomplishments, which have been transformational in our understanding of how cancer is suppressed by genes such as BRCA1 and BRCA2,” said Susan Domchek, MD, executive director of the Basser Center for BRCA. “Her work has resulted in insights into the mechanisms by which BRCA1 and BRCA2 mutations lead to cancer. This knowledge has been essential in considering how to target tumors with BRCA1/2 mutations.”

Twenty years ago, Jasin’s laboratory discovered that BRCA1 and BRCA2 are critical for the repair of damaged DNA through a process known as homologous recombination — which occurs when a damaged DNA molecule copies genetic material from an undamaged similar molecule (in non-homologous repair, breaks are fixed without such a template). Homologous recombination is used by cells to repair breaks that occur on both strands of DNA, known as double-strand breaks (DSB), which can result from exogenous causes, such as ionizing radiation, and also can spontaneously occur during DNA replication. The body’s inability to repair damaged DNA is responsible for many human diseases, especially cancer.

In a subsequent finding, Jasin discovered that while both BRCA1 and BRCA2 are critical for homologous recombination to repair DNA breaks, they act at different steps along the pathway. As a result, BRCA1- and BRCA2-related tumors have distinct as well as overlapping second-site mutations that can influence therapy resistance. One of Jasin’s current research efforts is on understanding DNA repair in the breast at different developmental stages and contexts.

The award presentation will be accompanied by Jasin’s keynote address at the seventh annual Basser Center for BRCA Scientific Symposium on May 7, 2019. The Basser Global Prize provides $100,000 in unrestricted support of the winner's BRCA1/2-related research efforts, a Basser trophy, and a $10,000 cash prize, which will be awarded at the symposium.

“It is very humbling to be chosen for this honor by the Basser Center, which in a short time has become world-renowned for its efforts to help patients with inherited BRCA1/2 mutations,” Jasin said. “The Basser Global Prize will be integral in making the best use of the molecular genetic systems we have developed for understanding the role of homologous recombination in protecting the genome. Our aim is to contribute to a better understanding of BRCA-related cancers and potentially achieve their reversal through treatments and genetic correction.”

Jasin obtained her PhD from the Massachusetts Institute of Technology and was a postdoctoral researcher at the University of Zürich and Stanford University. Her research accomplishments have led to many honors and recognitions, including election to the National Academies of Sciences and Medicine and the American Academy of Arts and Sciences. She has organized several timely scientific conferences, including those sponsored by AACR and Cold Spring Harbor Laboratory, and has participated in the National Academies’ 2015 and 2018 Human Genome Editing Summits.

The Basser Center was established in 2012 with a $25 million gift from University of Pennsylvania alumni Mindy and Jon Gray in memory of Mindy Gray’s sister Faith Basser, who died of ovarian cancer at age 44. Last year, the Grays committed another $21 million to support research to improve treatment and prevention strategies for hereditary cancers. The Basser Global Prize was established and subsequently endowed by Shari Basser Potter and Leonard Potter.