13-Feb-2017 10:05 AM EST, by Perimeter Institute for Theoretical Physics
favorite_border 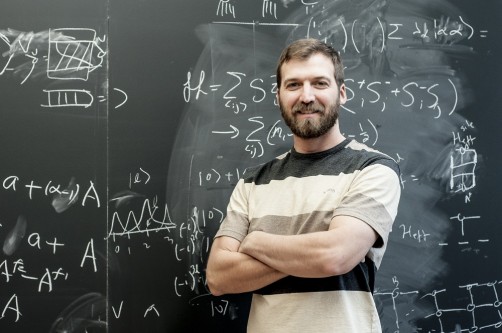 Roger Melko, Perimeter Institute and the University of Waterloo

Newswise — February 13, 2017 (Waterloo, Ontario, Canada) – A machine learning algorithm designed to teach computers how to recognize photos, speech patterns, and hand-written digits has now been applied to a vastly different set of data: identifying phase transitions between states of matter.

This new research, published today in Nature Physics by two Perimeter Institute researchers, was built on a simple question: could industry-standard machine learning algorithms help fuel physics research? To find out, former Perimeter Institute postdoctoral fellow Juan Cassasquilla and Roger Melko, an Associate Faculty member at Perimeter and Associate Professor at the University of Waterloo, repurposed Google’s TensorFlow, an open-source software library for machine learning, and applied it to a physical system.

Melko says they didn’t know what to expect. “I thought it was a long shot,” he admits.

Using gigabytes of data representing different state configurations created using simulation software on supercomputers, Carrasquilla and Melko created a large collection of "images" to introduce into the machine learning algorithm (also known as a neural network). The result: the neural network distinguished phases of a simple magnet, and could distinguish an ordered ferromagnetic phase from a disordered high-temperature phase. It could even find the boundary (or phase transition) between phases, says Carrasquilla, who now works at quantum computing company D-Wave Systems.

“Once we saw that they worked, then we knew they were going to be useful for many related problems. All of a sudden, the sky’s the limit,” Melko says. “Everyone like me who has access to massive amounts of data can try these standard neural networks.”

This research, which was originally published as a preprint on the arXiv in May, 2016, shows that applying machine learning to condensed matter and statistical physics could open entirely new opportunities for research and, eventually, real-world application. The full journal article can be found here: http://www.nature.com/nphys/journal/vaop/ncurrent/full/nphys4035.html

ABOUT PERIMETER INSTITUTEPerimeter Institute is the world’s largest research hub devoted to theoretical physics. The independent Institute was founded in 1999 to foster breakthroughs in the fundamental understanding of our universe, from the smallest particles to the entire cosmos. Research at Perimeter is motivated by the understanding that fundamental science advances human knowledge and catalyzes innovation, and that today’s theoretical physics is tomorrow’s technology. Located in the Region of Waterloo, the not-for-profit Institute is a unique public-private endeavour, including the Governments of Ontario and Canada, that enables cutting-edge research, trains the next generation of scientific pioneers, and shares the power of physics through award-winning educational outreach and public engagement.