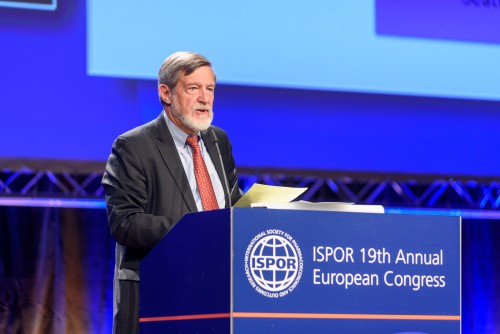 Lou Garrison, PhD outlined the case for differential pricing for medicines across countries, which health economists have long maintained could improve global dynamic efficiency and promote optimal innovation. Professor Garrison argued that manufacturers would be willing to accept differential pricing as long as there is no parallel trade or “leakage” through external reference pricing. Garrison set the stage for the panel discussion by posing the question, “Given the current legal and political realities in Europe, what is the best way forward to achieve some form of differential pricing?”

Sabine Vogler, PhD began the discussion by defining differential pricing (also referred to as “tiered pricing”) as the strategy of selling the same product to different customers at different prices. She noted that it is important to distinguish between “willingness to pay” and “ability to pay.” For example, lower income countries have the “willingness to pay” for medicines, but cannot afford it because of their limited “ability to pay.” Dr. Vogler delineated prerequisites for differential pricing, including avoidance of leakage, appropriate price setting, transparency, avoidance of distortion through high markups and taxes, combination with other policies, sufficient capacity, and perhaps most importantly—political will.

Jo De Cock spoke about the how differential pricing could move from theory into action in Europe. De Cock defined differential pricing as applying different prices to different markets for the same products, taking into account differences in income level. He discussed elements that a win-win situation for differential pricing in Europe would need in order to succeed, including improved access for patients in response to real unmet needs, the expectation that the price is fair, the possibility of market expansion and rewards for innovation for manufacturers, and decisions that are based on more transparent data.

Panos Kanavos, MSc, PhD spoke on the key policy objectives for differential pricing and how those objectives might be achieved. Dr. Kanavos noted that differential pricing can be optimal as long as patients don’t have fewer therapeutic options. He suggested that cross-border collaborations could contribute to access and affordability, and that new value assessment frameworks are needed to support decision making.

Adrian Towse, MA, MPhil spoke about how differential pricing in Europe could move from theory into practice. He noted that Europe has a practical problem of inequitable access to medications across its 28 member states. Towse remarked that low per capita income markets in Europe suffer from shortages of supply, unaffordable prices, and marketing delays. He proposed two feasible solutions: one involves the establishment of a two-tier Europe with a block of lower per capita income countries; the second involves confidential discounts to the European member states. In sum, Towse noted that if current patient access issues could be addressed, the overall welfare of the European Union would increase, provided that returns to R&D were not reduced in the higher income countries.