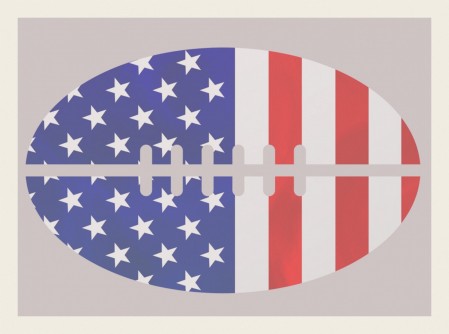 Politics Take the Playing Field at Super Bowl LISuper Bowl LI, like every championship match-up before it, will inspire friendly bets, team rivalry and lots of yelling at the television. This year’s commercials, however, might get as heated as the game.In light of the contentious presidential election and the recent actions of President Trump, companies such as Audi and 84 Lumber are choosing to use their Super Bowl airtime to make a political statement. It’s likely that they won’t be the only ones to do so. “There will be some big messages in these commercials,” says David Allan, Ph.D. ’99 (MBA), chair of marketing at Saint Joseph’s University. “Audi released a commercial about daughters and equal pay for girls as opposed to boys, and 84 Lumber is focusing on the Mexican border wall.”Allan suggest the talk on Monday morning may be not which commercials were funniest, but whether they had an anti-Trump tone.Budweiser is also tackling more serious issues in its Super Bowl ad by telling the story of its immigrant founders. Like many companies, Budweiser has released a teaser for its full commercial, which can be viewed before the big game.Allan, an expert in music marketing, also points out that the halftime show — featuring Lady Gaga as the main performer — also has the potential to be more political than ever. “Lady Gaga’s lifestyle lends itself to making a statement against Trump, and she’s also in a commercial this year,” says Allan. For now, it’s difficult to say what will happen at the halftime show—Lady Gaga has stayed silent on what political messages her performance might include. But as the star of Tiffany & Co.’s first-ever Super Bowl commercial, she could make waves. Tiffany & Co. has been known to promote more than just jewelry; in 2015, it came out with its first ad featuring a same-sex couple. The company might be planning to make another serious statement while it has the nation’s attention during Super Bowl LI.The players themselves, however, could have very different ideas. “Tom Brady’s a big Trump fan, so he’s been a little political,” says Allan, adding that Brady’s not the only sports figure who supported the president during the campaign. “But the advertising will be mostly anti-Trump.”Regardless of what Lady Gaga or Brady choose to do with their time in the spotlight, Allan believes that this Super Bowl LI will be unprecedented in its political expression. More than just football fans will want to tune into the game. “Sports, advertising and music are being infiltrated by politics,” says Allan. “Now, it’s the advertisers that are going to be making a statement. This Super Bowl will be studied for decades as it relates to what’s going on across the country.”

Allan and his colleague, Stephanie Tryce, J.D., assistant professor of sports marketing at Saint Joseph’s, recently published an article exploring the ways in which music enhances ads. The article, titled “Popular Music in Super Bowl Commercials 2005-2014,” can be found in the International Journal of Sports Marketing and Sponsorship.Allan has over 20 years of experience in media and ethics. In 2004, he was appointed to a National Association of Broadcasters (NAB) Subcommittee on Indecency following the Janet Jackson Super Bowl incident.He is also the author of This Note's For You: Popular Music + Advertising = Marketing Excellence (Business Expert Press, 2015), in which he devotes an entire chapter to Budweiser’s Super Bowl advertising strategy in the last two years, examining their use of popular music and their consistently high viewer ratings.