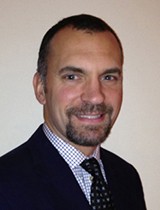 Gregory P. Bisson, MD, MSCE, an assistant professor in the division of Infectious Diseases and a senior scholar at the Center for Clinical Epidemiology and Biostatistics at Penn’s Perelman School of Medicine

Newswise — PHILADELPHIA—The number one killer of HIV patients in resource-limited areas, including parts of Africa and India, is tuberculosis (TB), underscoring the need for optimal treatments and effective strategies to address this deadly co-infection. But TB is harder to detect in HIV-infected patients and diagnostic test results take time, so many healthcare providers prescribe multi-drug TB treatments as a precaution. However, for the first time, findings from a large, randomized clinical trial show that this aggressive approach does not save more lives, researchers from Penn Medicine and other institutions report in The Lancet.

The preventive therapy isoniazid—recommended by the World Health Organization (WHO) for HIV patients in these areas—was well tolerated and resulted in similar survival rates compared to a four-drug TB treatment, the researchers found in a study of almost 850 patients from 18 different sites in 10 countries.

“We don’t necessarily need to subject all these patients to multi-drug regimens,” said Gregory P. Bisson, MD, MSCE, an assistant professor in the division of Infectious Diseases and a senior scholar at the Center for Clinical Epidemiology and Biostatistics at Penn’s Perelman School of Medicine, and co-lead author of the study. “This new study shows that simple TB screening and isoniazid is a sufficient course of HIV care for this group, despite their very advanced HIV disease stage. Our participants were able to tolerate isoniazid very well, and we saw no evidence that they developed drug resistance more commonly, as is often feared.”

The trial, known as REMEMBER (Reducing Early Mortality and Early Morbidity by Empiric Tuberculosis), involved centers and institutions working in various countries around the globe, including the Perelman School of Medicine, Johns Hopkins University, and the University of North Carolina School of Medicine, among others. The 18 study sites were located in Malawi, South Africa, Kenya, Zambia, Zimbabwe, Uganda, Peru, Haiti, Brazil and India, all areas disproportionately affected by HIV and TB.

The WHO reports that in 2013 a quarter of all deaths among people living with HIV was due to TB. However, TB screening rates remain low in resource-limited areas, according to the WHO, whose current guidelines recommend that healthcare providers screen HIV positive individuals for TB and use isoniazid to prevent TB in those who are not diagnosed with TB.

But healthcare providers have been concerned about following this recommendation because they don’t trust that TB screening is accurate, and are concerned that HIV-infected patients who receive isoniazid alone during undiagnosed, sub-clinical active TB will go on to develop resistance to the drug, Bisson said. TB is also hard to diagnose in HIV-infected patients, and it is particularly hard to diagnose in those with very advanced HIV disease because they don’t exhibit typical symptoms, such as a cough that produces the mucous used in most TB tests. The fear of drug resistance and the low sensitivity of TB tests have led to less screening and underutilization of isoniazid, with providers often opting for the more proactive multi-drug approach. However, until now, the two strategies had never been evaluated in a clinical trial, according to the researchers.

“Moving forward, we need to implement quality improvement projects and guideline-driven care, and start thinking about systematic TB screening and isoniazid as a crucial piece of HIV care in this population,” said Bisson, who is a member of the AIDS Clinical Trials Group (ACTG), the network that conducted the trial, and the Penn Center for AIDS Research.

Approximately 1 in 20 patients from the study died over the ensuing 24 weeks; however, the study found that empirical tuberculosis therapy did not reduce mortality at 24 weeks of treatment compared with isoniazid preventive therapy. Twenty-two patients died or were lost from each group at week 24. What’s more, by week 24, the empirical group had a higher rate of AIDS progression than the isoniazid group (17 percent vs 13 percent).

The results from the REMEMBER trial are part an upcoming TB issue in The Lancet to correspond with World TB Day on March 24.