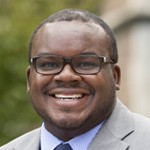 “Individuals who have greater economic resources generally report better health, including lower prevalence of mental disorders,” Hudson says. “At the same time, racial discrimination has been identified as an important predictor of depression among African-American men.”

Hudson’s study, published in the Journal of Men’s Health, found that reports of racial discrimination were associated with increased risk of depression among African-American men who possessed greater levels of education and income.

“Importantly, we only observed significant interactions between socio-economic status and racial discrimination at higher levels of socio-economic position for African-American men,” Hudson says.

For this study, an income of $55,000 or greater and education of 16 or more years was considered a higher socio-economic position.

“These results suggest that the benefits derived from greater levels of income and education may not be uniformly protective against the development of depression in African-American men,” Hudson says.

He says one reason behind these finding may be what Hudson calls the cost of upward mobility.

Hudson and colleagues used data from the National Survey of American Life, a national population-based sample collected between 2001 and 2003. The final sample included 3,570 African-American men and women aged 18 years and over.