Refuting the Idea That Mutations Cause Cancer 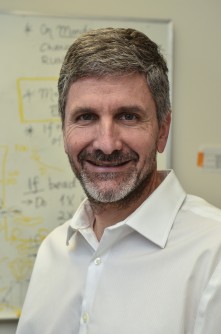 Newswise — What causes cancer? Smoking, certainly, and also things like sun and chemical exposure. Cancer risk also increases with some genetic predispositions and in old age. One thread connecting these risks is genetic mutations in the cells of our bodies – smoking and UV exposure increase the rate of DNA damage and with each replication of damaged DNA comes the chance of picking up a random mutation that can kickstart cancer. And the longer we live, the more chance that awful luck will result in one of these random, cancer-causing mutations. This is the mutation accumulation theory of oncogenesis: “Cancers are caused by mutations that may be inherited, induced by environmental factors, or result from DNA replication error,” write John Hopkins University biostatisticians Tomasetti, Li and Vogelstein in the March 24, 2017 issue of the journal Science.

But there is a parallel thread through these causes of cancer that reaches a much different endpoint. This is the thread of the microenvironment – the ecosystem of the body’s tissues. Age and exposures like smoking and UV radiation damage the body’s tissues. Writing today in the journal Cancer Research, James DeGregori, PhD, deputy director of the University of Colorado Cancer Center offers evidence that it is forces of evolution driven by natural selection acting in the ecosystem of the body that, in the presence of tissue damage, allow cells with dangerous mutations to thrive. This evolutionary theory of cancer points out that cells containing dangerous mutations exist all the time, but are commonly out-competed by healthy cells that are optimized to live in healthy tissue. It is only when the tissue microenvironment is degraded (by smoking, sun, chemical exposure, age, etc.) that cells with these mutations find themselves most fit and suddenly able to out-compete healthy cells and so establish themselves in the landscape of the body. Mutations are still required for cancers, but changes in our tissues as we age or engage in activities like smoking are the primary determinants of “who gets cancer, how cancer risk relates to known causes, which tissues it occurs in, and when the cancers develop in life,” DeGregori writes.

There are a couple ways to visualize this theory. One is with dandelions in a lawn – dandelion seeds are omnipresent, but a healthy lawn keeps them from growing; however, dandelions are poised to take advantage of disturbed earth, quickly invading areas of damage. (In our comparison, seeds are like genetic mutations – they always exist and it is the conditions of the ecosystem that decide whether or not they grow.) Another way to visualize the evolutionary theory of cancer is with the meteor that ended the reign of the dinosaurs – the meteor’s dramatic restructuring of the Earth’s ecosystems rendered dinosaurs less fit and also stimulated the evolution of many new species including a variety of mammalian species. Environmental change promotes speciation. A similar process in our tissues can lead to what is essentially a new cellular species – cancer.

“We’re all loaded with mutations and yet we’re not all getting cancer. Why?” DeGregori asks. His answer: “Healthy cells are optimized for healthy tissue. Most mutations make cells less fit. This means that in a healthy tissue microenvironment, healthy cells out-compete pre-cancer cells, keeping these pre-cancer cells in check. But when the tissue microenvironment is damaged, the existing cells with dangerous mutations may now be able to thrive.”

A piece of DeGregori’s argument rests in the fact that cancer rates do not match mutation rates. He points out that humans will hold about half their lifetime complement of mutations by young adulthood (at which point cells relax the frantic pace of replication used to build the adult body). However, the likelihood of developing cancer does not match this rate of mutation – despite having half of the lifespan’s mutations, young adults have much less than half of the lifespan’s cancer risk.

DeGregori also shows that along with mismatching the number of mutations in cells, cancer risk also mismatches the number of cells in tissue. According to Tomasetti and colleagues, more cells and more replication should lead to more chance mutations and eventually to more cancer (the more copies, the more chances for the printer to smudge). However, across species this is not true – a blue whale has about 7 million times more cells than a mouse and yet the whale has no more cancer risk across its lifespan. Researchers refer to this as Peto’s Paradox.

DeGregori points out that the mismatch between mutational burden and cancer risk is vividly demonstrated by mice with a genetic malfunction that leads to dramatically increased mutation rate (an error in a specific DNA proofreading function). In these mice, many more mutations lead to no increase in cancer rates. It is not the presence of mutations nor the rate at which mutations occur that drive the timing and incidence of cancer.

Work by DeGregori and others has also shown that cancer-causing mutations often make cells less fit. Cells in our tissues are close to “just right” for healthy young tissues; cancer-causing mutations can disrupt this adaptation, leading to cells that are no longer optimized to their surroundings and eventually leading to elimination of mutant cells from the tissue. That is unless disruption of the tissue in old age or following carcinogenic exposures adjusts the surroundings in ways that make these same mutations advantageous.

In all, “Lifetime mutation accumulation in stem cells cannot explain varying cancer predisposition across tissues and species. Instead, we need to consider how aging or carcinogens change tissue microenvironments to increase selection for particular oncogenic mutations,” DeGregori writes.

One implication of this line of thought is that research into cancer prevention has been approaching the disease from the wrong angle. If the field believes that mutations are the major factor causing cancer, then preventing cancer depends on preventing mutations. However, if the field looks through DeGregori’s lens of evolutionary competition between cancer cells and healthy cells, dependent on their relative adaptation to microenvironments, then preventing cancer depends on maintaining a tissue ecosystem that favors healthy cells.

He points out that studies aimed at restoring or maintaining “a tissue microenvironment that better approached that of a young healthy individual,” have been shown to disfavor cancer cells.

“We are not going to anytime soon come up with technologies to prevent most mutations. But manipulating the microenvironment? That’s more approachable,” DeGregori says.