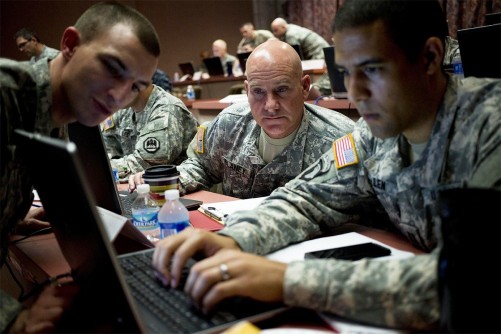 National security specialists could have new technology at their disposal that will automatically alert agents to evidence of terrorist activity.

Newswise — The face of terrorism in the United States has changed dramatically following 9/11. According to a report by the New America Foundation, every jihadist who has conducted a lethal attack inside the U.S. since 2001 has come from inside the country, already having established citizenship or legal residency. The inspiration for these attacks has also become harder to pinpoint, loosely tied to propaganda campaigns blasted across social media networks rather than direct coordination with a foreign power.

Under MAA, experts at the Next Century Corporation will lead a joint research effort between the Biocomplexity Institute of Virginia Tech, the Hume Center for National Security and Technology, and Draper Labs to create a system that can flag potential terrorist activities as quickly as a credit card company alerting consumers to suspicious spending behavior on their accounts.

“Our role in this project is to help test the technology developed by our partners, creating a simulated population and seeing whether the system can spot potential terrorist behavior patterns among all the other activities,” said Samarth Swarup, a research assistant professor in the Biocomplexity Institute’s Network Dynamics and Simulation Science Laboratory.

This work builds on more than a decade of Biocomplexity Institute research developing “synthetic populations” that move, interact, and go about their daily routines just like a real-world community. These simulated societies have already proven useful in helping the government plan its response to a number of worst-case scenarios, including the 2014 Ebola epidemic and a hypothetical nuclear attack on Washington DC.

The team will also employ expertise on counter-terrorist intelligence efforts to ensure that their simulated threats are as true-to-life as possible.

“In the real world, agents won’t have access to perfect information, but a system like this could be crucial for helping them connect the dots,” said Kiran Karra, a Hume Center research associate and principal investigator for the Virginia Tech team. “Ultimately, we hope not only to demonstrate that this technology is worth pursuing for the future of national security, but also to identify new ways of analyzing the data we have on hand to keep Americans safer in the near term.”

The Biocomplexity Institute regularly conducts research through federal, state and industry grants and contracts. Notably, this award is part of the institute's portfolio of research programs that has received more than $103M in new awards in the first half of FY 2018.