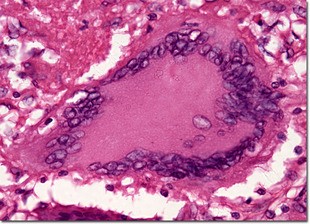 Professor of Chemistry and Biochemistry Tim Cross and other researchers at the National High Magnetic Field Laboratory at FSU are conducting research that could lead to more effective drugs to combat tuberculosis.

Newswise — About 5,000 people around the world die from tuberculosis every day, but no effective new drugs have been developed to combat it in 40 years. Researchers at the National High Magnetic Field Laboratory at Florida State University hope to change that through research made possible by a $2-million grant from the National Institutes of Health.

The award will make it possible for Timothy A. Cross, the Earl Frieden Professor of Chemistry and Biochemistry at FSU, and his team to work toward arming drug developers with a map of the proteins on the bacteria's surface that are vital for infection.

Because it isn't often seen in the news in the United States, TB often is overlooked, but it remains one of the globe's most deadly infectious diseases. The bacterial infection primarily attacks the lungs, causing 2 million deaths around the world each year. Many of the world's poor are among its victims, and researchers have raised the alarm about drug-resistant strains of the infection, which, according to the Centers for Disease Control, now account for almost one in five new TB cases.

Some potential new treatments for TB already are being researched, said Cross, who also directs the magnet lab's Nuclear Magnetic Resonance program, but there is no knowing if those treatments will survive clinical trials.

"Trying to treat so much of the world with the same pharmaceuticals is one of the best ways to develop more resistance to treatment, so it's important to come at this from as many angles as possible," he said.

"We've done a preliminary study that shows our work is viable, and we have a lot of preliminary data," Cross said of the research plan, expected to take five years to execute. His team, collaborating with the University of Kansas, the University of Alabama and Case Western Reserve University, will use the magnet lab's sophisticated 900 megahertz magnet, as well as other resources, to conduct its research.

Cross thinks the eventual development of a new family of TB drugs could attack the disease in a new and more effective way. He explained that a specific set of proteins appears to be important to TB's ability to attack the body. His team will identify the "target" proteins that allow bacteria to infect lung tissue. When a drug binds to one of these proteins, it can render the protein ineffective, shutting down its ability to do harm.

"We ought to be able to solve the molecular structure of these drug targets," he said. "If you know the shape of the protein, then you can design a drug that can bind to it specifically. Getting detailed information about the correct drug target makes it far easier for the pharmaceutical companies to develop safer, more effective treatment.

"There has been a lot of interest in our proposal," Cross said, adding, "The quality of the graduate students here at FSU made the difference for us. Without a quality research team like this one, this project goes nowhere and our chance of funding work this important would have been zero."

The National High Magnetic Field Laboratory develops and operates state-of-the-art, high-magnetic-field facilities that faculty and visiting scientists and engineers use for research. The laboratory, which is operated by a consortium composed of Florida State University, the University of Florida and Los Alamos National Laboratory, is sponsored by the National Science Foundation and the state of Florida. To learn more, visit http://www.magnet.fsu.edu.