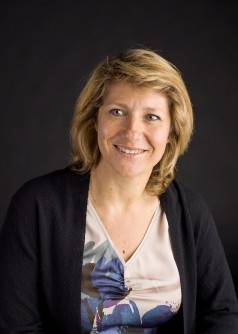 Newswise — SEATTLE – Studies have found that prostate cancer is overdiagnosed in up to 42 percent of cases, prompting men to receive unnecessary treatment that can cause devastating side effects, including impotence and incontinence.

Now, researchers at Fred Hutchinson Cancer Research Center and the University of Washington have developed a personalized tool that can predict the likelihood of prostate cancer overdiagnosis. They announced their findings this week in the online issue of the Journal of the National Cancer Institute.

An overdiagnosed cancer is defined as one that would never cause symptoms or pose a risk to the patient, therefore not require treatment. Treatment of such cancers provides no benefit and can only cause harm.

The researchers created a nomogram, a graphical calculating device, that incorporates a patient’s age, prostate-specific antigen (PSA) level and Gleason score – which grades prostate cancer tissue based on how it looks under a microscope – to determine the likelihood that screening-detected prostate cancer has been overdiagnosed.

The goal, said Roman Gulati, the study’s lead author, is to provide patients and clinicians with a tool that can help them better determine personalized treatment options.

“Men with screen-detected prostate cancer are making decisions about treatment based on limited information about the chances that their cancer has been overdiagnosed,” said Gulati, a statistical research associate in Fred Hutch’s Public Health Sciences Division.

“We think this is a useful tool for patients and their providers because it helps to tailor knowledge of the risks and benefits of different treatment choices to their individual situations.”

To develop the nomogram, the researchers created a virtual population model representing U.S. men aged 50 to 84 years from 1975 to 2005 and applied existing data on PSA levels, biopsy practices and cancer diagnosis patterns to learn about cancer progression in patients with and without screening. A virtual population was required since it was impossible to know how cancer may have progressed in real patients who were screened and subsequently treated.

The researchers, who also included University of Washington urologist John Gore, M.D., and biostatistician Lurdes Inoue, Ph.D., then overlaid screening and biopsy patterns on the model to determine when the men would have been diagnosed with and without screening, and which would have died of other causes. They came up with a prediction model which estimates that the likelihood of overdiagnosis ranges from 2.9 to 88.1 percent depending on patient age, PSA level and Gleason score at diagnosis.

The biggest factor in overdiagnosis is age. While treatment may be warranted for a younger man with rapidly growing prostate cancer, its benefits are less clear for, say, a man in his 80s with a less aggressive form of the disease who is more likely to die from other causes before the cancer would become apparent.

While nomograms are common in prostate cancer research, the one developed by the Fred Hutch and UW researchers is the first to determine the likelihood of overdiagnosis on an individual level, said Ruth Etzioni, Ph.D., the paper’s senior author.

“We’re trying to help patients who are the most likely to be overdiagnosed to recognize it and not be afraid to be more conservative in their treatment,” said Etzioni, a biostatistician, cancer modeler and member of the Hutch’s Public Health Sciences Division. Daniel Lin, M.D., a urologist at the University of Washington and an associate member of the Fred Hutch Public Health Sciences Division, said the nomogram could be a valuable tool for clinicians and patients.

“This nomogram will provide clinically relevant information for both the provider and patient on which to base practical decision-making for newly diagnosed prostate cancer,” he said. “We fully realize that many men do not need immediate treatment for their cancer and can be safely placed on an active surveillance protocol, and this important research will further clarify those who may avoid treatment versus those men who may benefit from attempted curative therapy.”

Etzioni said the next step is to develop an interface and test the nomogram in a pilot study tentatively planned for later this year. She believes the new tool has tremendous potential to help the more than 230,000 American men diagnosed with prostate cancer annually.

“The big buzzword in prostate cancer is shared and informed decision-making,” she said. “We want to make sure men are better informed.” The National Cancer Institute and the Centers for Disease Control and Prevention supported this research.

Editor’s note: For a related article about the research of Etzioni, Gulati and Gore, click here.# # #

Journal of the National Cancer Institute; U01 CA157224