As the Rosetta mission ended by crashing into Comet 67P, it sent detailed chemical spectra information back to earth, providing scientists with valuable compositional insight. 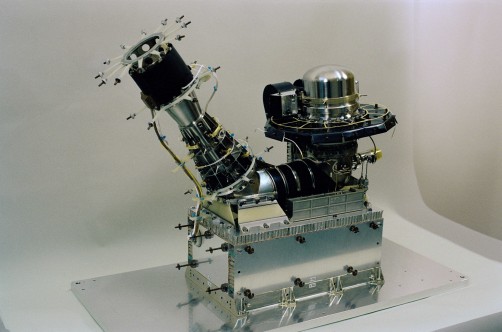 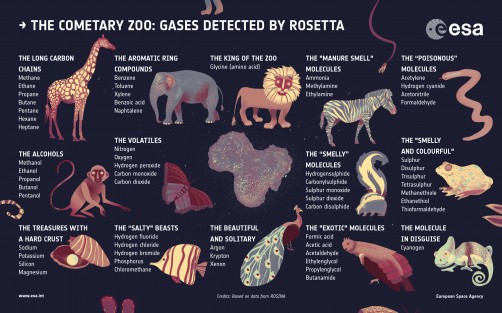 Newswise — WASHINGTON, D.C., October 30, 2017 -- Launched March 2004 and following a 10-year journey across the solar system, the European Space Agency’s Rosetta probe made history in 2014. It became the first spacecraft to orbit the nucleus of a comet -- a frozen remnant of the pristine material from which the solar system formed -- and later land on its surface. The Rosetta mission ended in 2016 with the probe’s dive into the comet, called Comet 67P/Churyumov-Gerasimenko. But its close-up studies of the comet continue to yield scientific insights.

In a presentation at the AVS 64th annual International Symposium and Exhibition, being held Oct. 29-Nov. 3, 2017, in Tampa, Florida, Kathrin Altwegg, professor emeritus at the University of Bern in Switzerland, will describe findings from Rosetta’s ROSINA (Rosetta Orbiter Sensor for Ion and Neutral Analysis) instrument, which obtained the first detailed, in situ measurements of the chemical composition of a comet’s atmosphere, or coma.

ROSINA uses a mass spectrometer to analyze the various isotopes of atoms such as xenon and rare organic molecules, including sulfur-containing compounds. Such measurements can reveal where an atom was first synthesized, for example, in a supernova, or in the case of an organic molecule, the temperature and other conditions under which it formed.

“What we found is amazing: Cometary ice is mostly older than the solar system, having survived its formation as ice,” Altwegg said. “This means the abundant organics found in the cometary coma are also probably older and therefore as such ‘universal’ -- not specific to the solar system. If comets contributed to the emergence of life on our Earth, similar processes could have happened or could happen elsewhere in the universe.”

One of Rosetta’s key findings was that less than one percent of Earth’s water came from comet impacts.

“By looking at xenon isotopes we can also quantify how much organics they brought,” Altwegg said. “The unexpected richness of organics found in the cometary coma together with the results from xenon tell us that comets could have played an important role in sparking life on Earth.”

ROSINA’s analyses of Comet 67P’s coma were supposed to be complemented by ground measurements obtained by the spacecraft’s lander, Philae. But Philae unexpectedly bounced on impact when its thruster did not fire and two harpoons failed to anchor it to the surface. Eventually, Philae lost power and the ability to communicate with Earth.

“We are missing the ground truth, as, due to the hopping of the lander Philae, the two mass spectrometers on Philae could not measure in their nominal modes,” Altwegg said. Future missions that successfully land on a comet and take extended surface and subsurface measurements would help reveal what, she said, “the real pristine material looks like.”

Presentation VTD-MoM, "ROSINA/Rosetta: Exploring the Origin of our Solar System with Mass Spectroscopy in Space" by Kathrin Altwegg, is at 10:40 a.m., EDT, Oct. 30, 2017, in Room 7-8 in the Tampa Convention Center, Tampa, Florida.

Founded in 1953, AVS is organized into technical divisions and technical groups that encompass a range of established as well as emerging science and technology areas. There are also regional chapters, international chapters and affiliates, and student chapters that promote communication and networking for professionals and students within a geographical region. AVS is comprised of approximately 4,500 members worldwide.

AVS is a member society of the American Institute of Physics with additional benefits for our members. For more information about AVS, visit our website at http://www.avs.org.