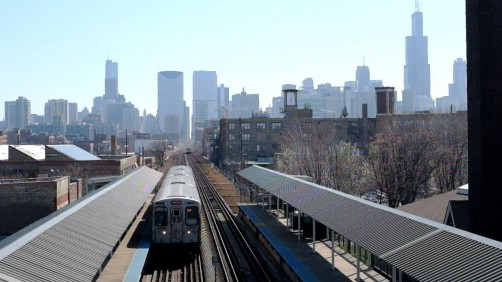 A view of Chicago's West Side

Newswise — CHICAGO - West Side United, a group of Chicago health care institutions, residents, civic leaders and health care professionals that includes Rush University Medical Center, today outlined a broad series of health, educational, business and neighborhood development initiatives aimed at reducing the 16-year gap in life expectancy between people living in Chicago’s Loop and in some of the city’s West Side neighborhoods.

Led and initiated by Rush in 2016, several Chicago health care institutions asked residents, faith-based community leaders, businesses and others from organizations who work, live and congregate on the West Side to propose long-term solutions to the stark disparities in health equity — the degree to which everyone has a fair and just opportunity to be as healthy as possible — between the West Side and the rest of Chicago.

More than 480,000 people — a population greater than the city of Atlanta — live in the nine vibrant and diverse neighborhoods on the West Side. They include Austin, East Garfield Park, West Garfield Park, Humboldt Park, the lower West Side, the near West Side, West Town, North Lawndale and South Lawndale, and contain some commercial zones that boast business activity similar to the Magnificent Mile. Yet people in these neighborhoods experience rates of diabetes, asthma, hypertension and infant mortality far above the national average.

“The daily reality of the West Side is echoed in the medical literature: the fundamental causes of many illnesses that shorten the lives of people who live in urban areas are not based in biology or behavior, but instead are determined by the social forces like education, employment, food access, violence and transportation,” said Darlene Hightower, associate vice president, Office of Community Engagement and Practice at Rush.

“So if being healthy is largely determined by what happens outside the four walls of a hospital, we needed to go to the people working in many sectors across multiple neighborhoods to determine what those barriers to health are.”

Since January 2017, Rush and West Side United’s other participants have worked to identify the obstacles to health equity, which the national Centers for Disease Control and Prevention says “is achieved when every person has the opportunity to attain his or her full health potential, and no one is disadvantaged from achieving this potential because of social position or other socially determined circumstances.”

In a community update shared today at Malcolm X College, the group further explained how West Side United can be both an incubator for new programs and an accelerator to scale the impact of existing initiatives.

With the help of West Side residents, hospital and health care systems representatives, and community-based organizations, West Side United built a common set of prioritized objectives and formulated a series of recommendations aimed addressing the medical and social determinants, or causes, of poor health. Those initiatives fall into four areas: economic vitality, neighborhood improvements, community health and educational opportunities.

The following economic vitality initiatives will help create paths to employment so residents can build individual and family economic well-being.

Rush’s anchor mission strategy outlines the ways in which Rush channels its economic resources to improve the economic vitality of West Side neighborhoods and in turn to make West Side residents healthier.

The initial neighborhood and physical environment initiatives are aimed at ensuring healthy, affordable food options in every West Side neighborhood. They include the following proposals:

Community health and health care initiatives primarily focusing on creating an integrated network of behavioral, mental, and physical health treatment options to ensure that no one in need goes untreated. They include the following vital components:

Rush initiated and has incubated West Side United, providing financial support and coordination for its initial efforts with key business, community and institutional partners. This involvement is part of Rush’s larger commitment to addressing the health disparities in the communities neighboring the Medical Center. Learn more about Rush’s work to improve the health of the West Side.