Rust Belt Gentrification and How It Hurts the Poor 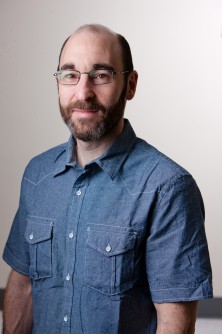 University at Buffao researcher Robert Silverman is leading a project to make recommendations about where the government should place affordable housing in 10 of the fastest-shrinking U.S. cities.

Newswise — BUFFALO, N.Y. — When you think of the Rust Belt, glossy neighborhoods with rocketing rents may not be the first images to jump to mind.

But gentrification — and concerns about rising prices — are problems even in places like Buffalo and Detroit, says University at Buffalo researcher Robert Silverman.

Silverman, an associate professor of urban and regional planning, is leading a project to make recommendations about where the government should place affordable housing in 10 of the fastest-shrinking U.S. cities. Eight are in the Great Lakes region, and two in the South.

“In all of these metropolitan areas, there are still neighborhoods where growth is happening,” Silverman says.

“Buffalo is a good example,” he says. “People have been leaving, but there is revitalization downtown and along the Main Street corridor. We need to protect affordable housing in these areas.”

It’s easy to ignore the issue of subsidized housing in distressed cities because real estate as a whole is relatively cheap and abundant. But low-cost properties are often far from good schools, transit options, cultural institutions and social services — a situation that discourages social mobility.

Silverman’s study, which began this winter, is funded by a $125,000 grant from the U.S. Department of Housing and Urban Development (HUD)’s Sustainable Communities Research Grant Program. The project aims to identify what he calls “neighborhoods of opportunity” within each of the 10 target cities.

In the past, there were few criteria guiding where affordable housing should go, beyond the fact that new units could not be sited in communities with a certain level of poverty, Silverman says.

He advocates a more thoughtful approach: One that connects people with resources they need to achieve success.

It makes sense to place low-income families in vibrant, accessible neighborhoods because this is where people are more likely to succeed, says Silverman, who has been researching issues surrounding fair and affordable housing for years. Holding down a job, sending your kids to school and staying healthy is easier when getting to work or the doctor isn’t a time-consuming ordeal.

His team will establish specific benchmarks for what constitutes a neighborhood of opportunity, and identify specific communities in the 10 study areas that fit these criteria.

Silverman and his colleagues have expertise in shrinking cities, with past findings published in the Journal of Urban Affairs and presented at conferences in the U.S. and abroad. The 10 cities they chose for the current study were the ones that saw the fastest population declines in America between 2000 and 2010, according to Silverman’s analysis.

To make their recommendations on where to locate affordable housing, the team will use publicly accessible databases and information. This means planners everywhere will be able to employ similar methods to explore affordable housing solutions in their own communities.

Silverman’s grant was one of four awarded through HUD’s Sustainable Communities Research Grant Program in the 2013 fiscal year. His colleagues on the project, which is expected to last two years, are Li Yin, UB associate professor of urban and regional planning, and Kelly Patterson, UB assistant professor of social work.