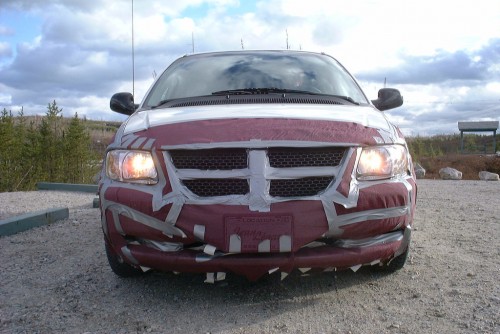 Like a car’s bumper, telomeres protect chromosomes. University of Colorado Cancer Center study shows that improper repair can cause cancer.

Newswise — Like a car’s front and back bumpers, your cell’s chromosomes are capped by “telomeres” that protect this genetic material against deterioration. Still, after enough replications, a chromosome’s telomeres break down and once they reach a certain point of degradation, the cell dies. This is one reason that cells are mortal: telomeres only last so long. That is, unless the enzyme telomerase builds new material onto the worn telomeres to reinforce these chromosomal “bumpers”. Telomere repair can be a good thing, but in some cases it’s not: overactive telomerase can lengthen telomeres until a cell becomes immortal…leading to cancer.

Previous studies blame the gene TERT for reactivating the enzyme telomerase long after its work in healthy cells should be done. And, as you might expect, mutations that turn on the TERT gene are found in many cancer types. Again: more TERT makes more telomerase, which reinforces telomeres, which makes a cell immortal, which causes cancer. The lesson seems simple: turn off TERT and you can stop cancer.

A study published in the journal SCIENCE by University of Colorado Cancer Center members at the University of Colorado at Boulder and Denver looks inside human bladder cancer cell lines and patient genetics to discover why. The answer may help doctors and researchers mark especially aggressive bladder cancers, allowing them to recommend appropriate treatments and improve patient outcomes.

“We show a lot of correlations in the cell lines: TERT mutations are associated with things like more TERT mRNA, more TERT protein, more telomerase activity, and longer telomere lengths. But which of these things that go together is most meaningful to patients’ lives?” says Thomas R. Cech, CU Cancer Center investigator, distinguished professor in the Department of Chemistry and Biochemistry at CU Boulder, winner of the 1989 Nobel Prize in Chemistry, and senior author of the study.

Cech’s research team worked with colleagues including Dan Theodorescu, MD, PhD, professor of Urology and Pharmacology, director of the CU Cancer Center to show that, while there may be little correlation between the presence of TERT mutation and bladder cancer patient outcomes, levels of TERT messenger RNA (mRNA) are highly predictive of cancers that will act aggressively to claim patients’ lives.

“We don’t mean to disregard the influence of TERT mutations. Only, it seems that after these mutations, there are additional mechanics that intercede to create higher telomerase activity, longer telomere length, and poorer patient outcomes,” Theodorescu says.

In other words, it is not simply the presence of TERT gene mutations that lead to cell immortality, but other factors that determine how often the blueprints of the mutated gene are manufactured into the protein it encodes. Sure enough, even among cells that had the same TERT mutations, some cells acted more aggressively than others, and these aggressive cells had fivefold higher levels of TERT protein and fourfold higher levels of telomerase activity. It was not the gene but its expression that made aggressive cancer.

“TERT expression levels directly determine telomerase activity levels,” the authors write. And it is this activity that reinforces degraded telomeres, allowing a cell’s chromosomes to continue replicating into immortality.

The finding has two important implications for patients with bladder cancer. First, by assessing levels of TERT mRNA (which more directly determines TERT protein levels), doctors could in the future pinpoint which patients should be treated with the most aggressive therapies. Second, the finding reinforces the opinion that telomerase reactivation is important for the progression of bladder cancers (and many other types as well), and that perhaps by learning to interrupt the process of telomerase reactivation, we could someday interrupt the progression of the disease itself.