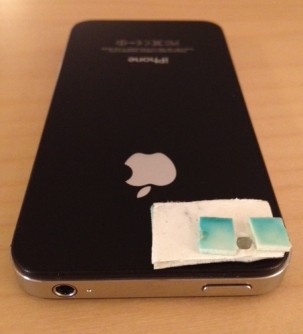 Newswise — DEERFIELD, IL. (MARCH 11, 2013)— Scientists working in rural Tanzania have used a simple US$8 glass lens, a strip of double-sided tape, and a cheap flashlight to convert an Apple iPhone into a field microscope that can successfully detect intestinal worm infections in children, according to a study published online today by the American Journal of Tropical Medicine and Hygiene.

“There’s been a lot of tinkering in the lab with mobile phone microscopes, but this is the first time the technology has been used in the field to diagnose intestinal parasites,” said Isaac Bogoch, MD, an infectious disease specialist at Toronto General Hospital and the study’s lead author.

The scientists used the cell phone microscope, along with a standard light microscope, to evaluate 199 children’s stool samples that had been prepared on a typical laboratory slide. The children were participating in a clinical trial on Pemba Island in Tanzania that was testing the efficacy of different drug treatments for getting rid of intestinal worms.

To examine a stool sample, the researchers covered the slide in cellophane, used double-sided tape to attach it to the camera, lit it from underneath with the flashlight, and then took a photograph.

Though the iPhone microscope was not as sensitive as a light microscope—the gold standard for detecting intestinal worms in stool samples—Bogoch and his colleagues believe that, with a few adjustments, it can come very close. “We think cell phone microscopes could soon become a valuable diagnostic tool in poor, remote regions where intestinal worms are a serious health problem, particularly in children,” he said.

Overall, the cell phone microscope detected evidence of intestinal worm infections (by revealing the presence of eggs) in about 70 percent of the samples that had been deemed infected via a light microscope.

Intestinal worms such as hookworms and roundworms, also known as soil-transmitted helminths, infect some two billion people worldwide. The burden of disease is particularly high in remote, impoverished regions of developing countries where they can hinder physical and mental development in children by causing chronic anemia and malnutrition. However, if quickly diagnosed, there are several relatively inexpensive drugs available that provide effective treatment. But detection typically involves examining a stool sample with a conventional light microscope, a device that costs about $200 and requires electricity.

For the study, Bogoch and his colleagues sought out an alternative tool by taping a 3 millimeter ball lens to the camera of Bogoch’s Apple iPhone 4S, which he used because he already owned one. But he said that any cell phone equipped with a camera that has a zoom option should work equally well. Ball lenses are commonly used in the telecommunications industry in couplings for optical fiber cable. They can be purchased from commercial suppliers for about $8 to $10.

In place of the microscope’s electric light, the researchers used a small flashlight that requires a single battery for several hours of operation. They estimate the entire set-up can be put together in about five minutes at a cost of less than $15 beyond the cost of a phone.

Bogoch and his colleagues, who include scientists from Massachusetts General Hospital in Boston and the Swiss Tropical and Public Health Institute in Basel, believe that a “mobile phone microscope would likely be of clinical use when it is sensitive enough to detect 80 percent of infections.” And they note that there are new approaches to cell phone microscopes under development that should meet or exceed this threshold.

“I’m confident that in the near future we will see cell phone microscopes widely used in low-resource settings,” Bogoch said. “They’re easy to make, portable, and today, you can find mobile phones with cameras even in some of the most remote regions in the world.”

He sees the devices as useful for diagnosing and treating individual patients suspected of harboring worm infections and for monitoring the prevalence of disease in the broader population. For example, one approach to addressing the high burden of worm infections in certain regions is to simply administer drug treatment to everybody. Bogoch said cell phone microscopes could provide a simple and inexpensive way to conduct the disease surveillance required to evaluate the effectiveness of these so-called MDA (mass drug administration) campaigns.

“I have nothing but praise for the ingenuity of scientists using all available tools to solve pressing health problems in some of the poorest parts of the world,” said David H. Walker, MD, president of the American Society of Tropical Medicine and Hygiene. “This study is an illustration of how a modest investment in tropical disease research can help reap enormous health benefits for children.”

This research was supported by the Lichtenstein-based Medicor Foundation and the Swiss National Science Foundation, but neither they nor anyone associated with Apple played a role in the study design, according to Bogoch.

About the American Society of Tropical Medicine and HygieneASTMH, founded in 1903, is a worldwide organization of scientists, clinicians and program professionals whose mission is to promote global health through the prevention and control of infectious and other diseases that disproportionately afflict the global poor.

About the American Journal of Tropical Medicine and HygieneContinuously published since 1921, AJTMH is the peer-reviewed journal of the American Society of Tropical Medicine and Hygiene, and the world's leading voice in the fields of tropical medicine and global health. AJTMH disseminates new knowledge in fundamental, translational, clinical and public health sciences focusing on improving global health. 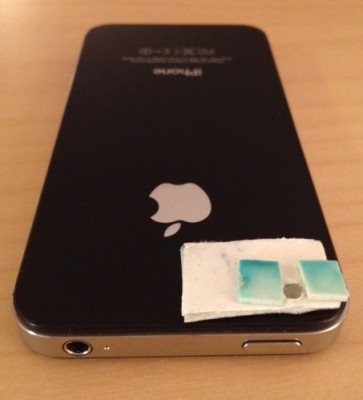